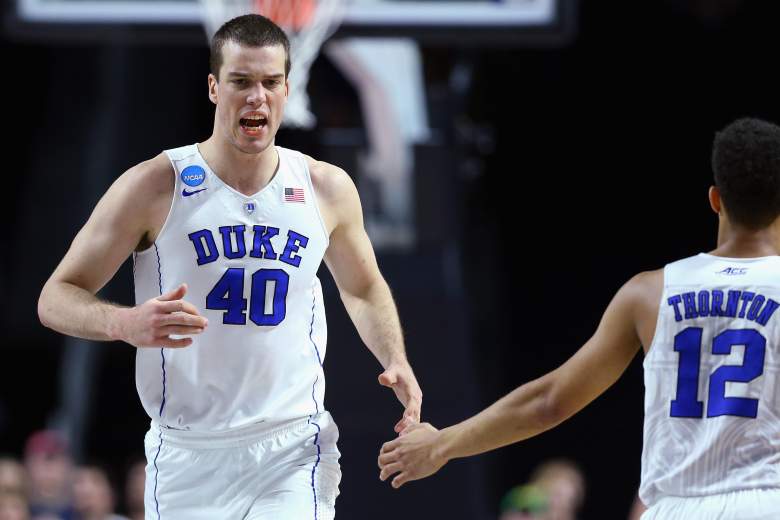 After an up-and-down year in the ACC, Duke is determined to defend its national title in the NCAA Tournament. (Getty)

There were plenty of questions when Oregon was named a No. 1 seed on Selection Sunday, but now, as the Ducks prep for their Sweet 16 matchup against Duke, some of those questions have been answered.

The findings? This is a pretty darn good basketball team.

Now, Oregon looks to keep the season alive against the reigning national champions, a Duke team that has faced its own share of postseason questions this year. Read on for a complete breakdown of Thurday night’s matchup, including a look at odds and livestreaming options:

Game Preview: It’s time for the big names to come out because this game isn’t going to be easy for either side.

Both Oregon and Duke staved off late-game rallies of sorts in their respective Round of 32 matchups last weekend, taking down St. Joseph’s and Yale respectively. But this is a whole different ball game and each squad is going to need its stars to step up to the metaphorical basketball plate.

On the Blue Devils side of things that means Grayson Allen and Brandon Ingram. Allen led all scorers in last Saturday’s win with 29 points, including a 5-of-7 performance from distance and 10-of-15 from the field. This season, Allen is averaging 21.8 points a game and is shooting 41.9 percent from 3-point range.

Allen has also been playing 37 minutes or more in his last 16 games and that’s why Ingram is so important for Duke, serving as a possible respite for the Devils’ star guard. Ingram, the freshman phenom, is averaging 17.1 points of his own each game and scored 25 against Yale. His jumpshot is also a thing of true basketball beauty.

Meanwhile, Dillon Brooks has been the spark for Oregon all season and will need to be once again in the Sweet 16. Brooks comes into Thursday night’s matchup fresh off a game-high 25 points against St. Joseph’s and has posted 20-plus points in 11 games this season.