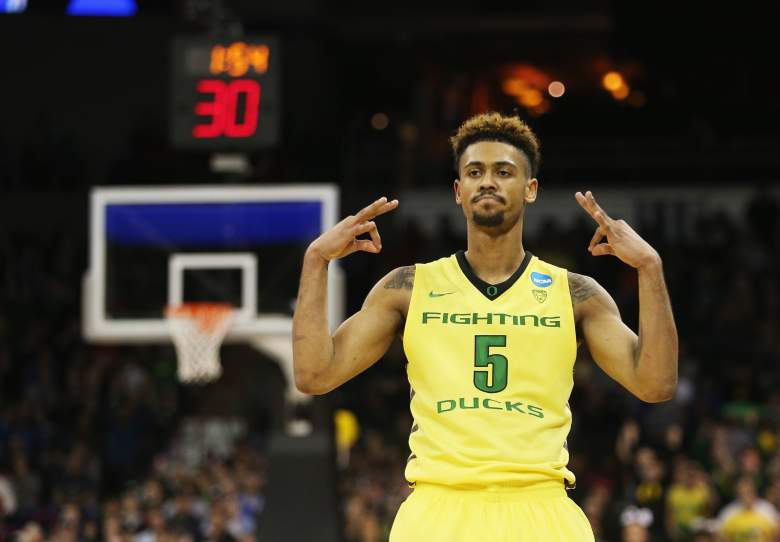 Tyler Dorsey surprised more than a few people with his performance in the Round of 32 last weekend. (Getty)

Let’s recap this one real quick.

Oregon won the Pac-12 and then was told that it didn’t deserve its No. 1 seed. Duke won the national championship last year and then after a few up-and-down weeks in the ACC dropped out of the national rankings for the first time in years earlier this season.

Fast forward back to the present.

Oregon and Duke are facing off in the Sweet 16. And, right now, that’s the only thing that matters. Because, right now, both of these teams are playing some pretty darn good basketball.

So, whatever happened during the regular season, or whatever questions there still may be regarding either squad, need to get pushed to the side. Because there’s going to be a good basketball game on Thursday night. Read on for a look at the odds outlook for the matchup and check out a bit of betting background for each squad, via OddsShark.

As far as betting history goes, at least recently, Oregon has been nothing short of hot. The Ducks late-season surge has led to an 11-4 record ATS in their last 15 games against teams with winning records.

Now, Oregon, looking for the first Elite Eight berth in program history, is looking to prove a point against the Blue Devils; a high-scoring point. The Ducks have scored over half the closing total in 17 of their past 21 games and a good chunk of that has to do with the play of Dillon Brooks. The sophomore scored 25 points in the Round of 32 victory over St. Joseph’s and the offense seems to go through him on the court.

That being said, Duke is a very different team.

The Blue Devils have seen the UNDER go 9-3 in their past 12 games as a lack of depth and foul trouble has hurt the squad in sometimes crucial moments during games, including last week’s tilt against Yale.

Grayson Allen and Brandon Ingram are the key for Duke. The duo combined for 54 points and shot 50 percent against Yale last weekend and when one isn’t hitting, the other is more than likely to pick up the slack.