To say that the WWE Hall of Fame 2016 is loaded would be an understatement. Wrestling luminaries such as Sting, The Godfather, The Fabulous Freebirds, Big Boss Man and Jacqueline have been announced as some of this year’s inductees. Snoop Dogg will even get his own WWE Hall of Fame ring. But now one of Texas’ most revered wrestling legends will be joining that noteworthy class – Stan “The Lariat” Hansen. Here’s all the most important facts you need to know about Stan Hansen’s illustrious career and life outside of the wrestling ring.

Stan “The Lariat” Hansen’s (real name John Stanley Hansen II) place of origin is Borger, Texas. He was originally born in Knox City, Texas and he currently resides in Waco, Texas. Hansen went to West Texas A&M University and played football as a member of the West Texas State Buffaloes before his wrestling career began. Hansen has four children – two from his first marriage (John Stanley Hanson III and Elizabeth Paige Hanson) and two from his second marriage (Shaver and Samuel). His son Shaver was once an active player for the MLB’s Seattle Mariners (he also played baseball at Baylor University). Samuel is also a baseball player, who once played for the University of Texas at Arlington.

2. Stan’s Early Wrestling Career Took Place in the WWWF/WWF and the AWA

Stan Hansen officially made his debut with the World Wide Wrestling Federation in 1976. His biggest feud at the time was with the reigning champion at the time, Bruno Sammartino. During an infamous title match, Hansen (in a wrestling storyline sense) “broke” Sammartino’s neck. Upon Sammartino’s return, he managed to best Hansen in a match for his championship title. After leaving the WWWF/WWF, Hansen made his return to the company in 1980 and entered into another championship beef with Bob Backlund. Hansen also feuded with fellow WWE Hall of Famers Andre the Giant and Pedro Morales.

After Hansen’s WWWF/WWF run, he competed in the American Wrestling Association (AWA) from 1985 to 1986. He managed to defeat Rick Martel for the AWA World Heavyweight Championship on December 29, 1985. However, after skipping out on defending the title against Nick Bockwinkel due to a disagreement with AWA’s management, Hansen was stripped of the title. Hansen was hit with legal action by the AWA after he decided to hold onto the physical title belt and defend it in Japan. Hansen infamously drove over the belt with his truck and sent it back to the AWA in horrible condition.

Stan Hansen is regarded as an icon within the world of Japanese wrestling. During his initial run with New Japan Pro Wrestling (NJPW), Hansen entered into a tag team with Hulk Hogan for the company’s MSG League (which was later renamed the G1 Tag League). He also wrestled against NJPW’s legendary Antonio Inoki and competed against Big Van Vader in a very stiff match. After his NJPW run, Hansen decided to wrestler for All Japan Pro Wrestling (AJPW). He rekindled his feuds with Antonio Inoki and Big Van Vader, took on Giant Baba and tagged with Bruiser Brody, Terry “Bam Bam” Gordy and Ted DiBiase and more noteworthy wrestlers. Hansen won AJPW’s Triple Crown Heavyweight Championship in 1990 after defeating Terry Gordy.

From 1990 to 1991, Hansen made several appearances for World Championship Wrestling (WCW). Hansen actually won the NWA United States Championship after beating Lex Luger at the 1990 Halloween Havoc event. Hansen relinquished the title after losing to Luger in a Texas Lariat Match at Starrcade 1990. During his time spent with WCW, Hansen continued to work for AJPW. He entered into a tag team with Dan Spivey and won the AJPW World Tag Team titles from Terry Gordy and Steve Williams in 1991. Hansen later made the decision to leave WCW and work for AJPW full-time due to a disagreement with WCW over their creative plans for him.

5. Hansen Finally Entered Into Retirement in 2001

Hansen continued to wrestle for AJPW for several years after his exit from WCW. His main feud at the time was against Mitsuharu Misawa for the Triple Crown Heavyweight Championship. After Misawa left AJPW and started his own promotion (Pro Wrestling Noah) in 2000, Hansen remained loyal to AJPW an an active wrestler. Later on during his AJPW run, Hansen’s severe back pains pushed him into retirement, which he announced on January 28, 2001. Hansen entered into a non-active role with AJPW for a few years afterwards in a commissioner role until he resigned in 2007. 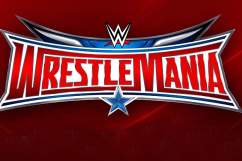