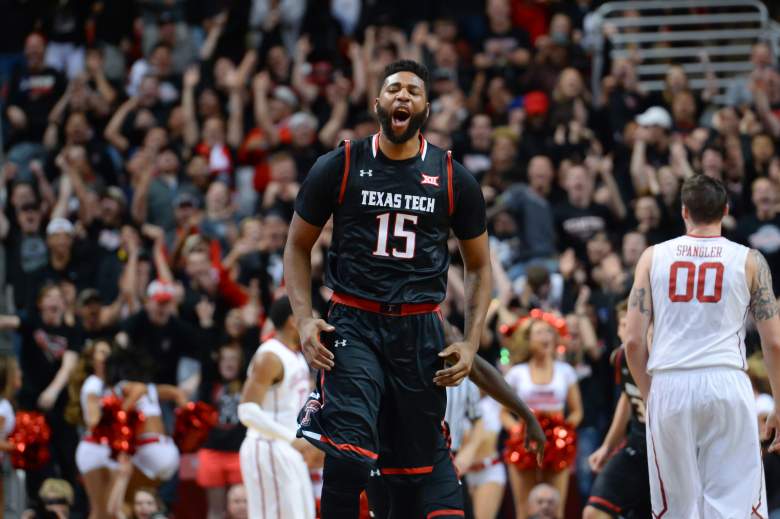 Texas Tech is making its first NCAA Tournament appearance in nearly a decade, but this team is still confident. (Getty)

So, it’s only natural, that the two squads face off in the first round of the NCAA Tournament on Thursday afternoon. Because what would sports be without a little bit of 8 vs. 9 drama?

This one is already about as close of a game as we’re likely to see in the opening round of play and, well, if we’re being honest that makes it even more fun. Read on for a complete breakdown of the matchup as well as odds information and live streaming options:

Game Preview: This one is going to be close.

Texas Tech comes into the first round tilt as the No. 8 seed, making its first NCAA Tournament appearance since 2007, while Butler sits at No. 9.

The Red Raiders were the surprise team of the Big 12 this year, led by Tubby Smith who was named the league’s coach of the year. Of course, it also helps to have good players and Texas Tech isn’t lacking in talent.

Keep an eye out on Toddrick Gotcher. The star shoots an almost ridiculous 40 percent from behind the 3-point line and leads a roster that boasts seven players averaging at least eight points a game. Of course, this is also a relatively inexperienced team; at least when it comes to the NCAA Tournament. The Raiders haven’t won a Tournament game since advancing to the Sweet 16 in 2005.

Butler, on the other hand, is looking for its second straight opening round victory despite a sometimes unimpressive regular season. The Bulldogs went 2-7 against the Big East’s other NCAA Tournament teams.

Texas Tech does, however, boast experience in close games, going 7-5 in matchups that were decided by seven or fewer points.