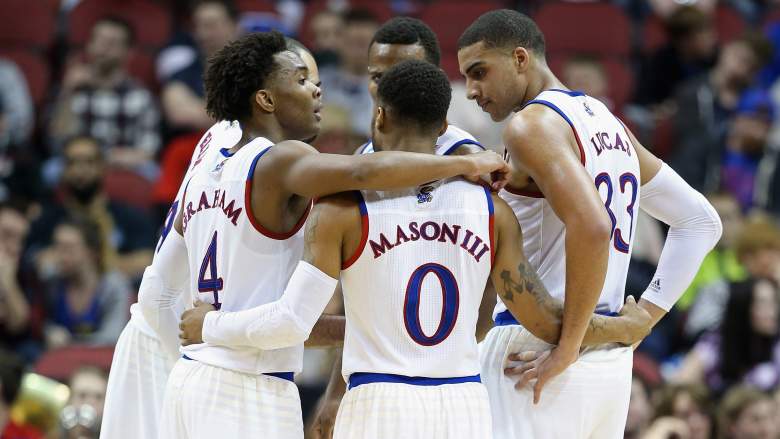 Kansas vs. Villanova. Are we sure this is the Elite 8 and not the national championship?

The Jayhawks, ever since a mid-January swoon, have been the No. 1 team in the land. They’ve won 17 games in a row, and their three tournament victories have come by an average margin of 18 points.

Perhaps the only team that has been more impressive during the Big Dance? That would be Villanova, who have defeated UNC Asheville, Iowa and Miami by an average of 24 points. During their Sweet 16 drubbing of the Hurricanes, they scored an incredulous 1.56 points per possession, the most efficient performance of the 2015-16 season.

Per Ken Pomeroy’s adjusted efficiency rankings, this is No. 1 vs. No. 2 for a spot in the Final Four.

As Terrell Owens might suggest, it would be an astute decision to in fact get your popcorn ready for this one.

Tip-off is scheduled for Saturday at 8:49 p.m. ET on CBS (Full Elite 8 Schedule). Here’s a look at all the betting info, courtesy of OddsShark:

Betting Trends: During their 17-game winning streak, the Jayhawks have been a bettor’s best friend, going 14-3 against the spread. Only five times this season have they been favored by less than three points (or an underdog), going 3-2 overall and 3-2 ATS in those games.

Villanova hasn’t been nearly as successful against the spread (19-17 on the season, 5-5 in the last 10), although Jay Wright’s squad has covered all three games this tournament in a big way. The Wildcats have been an underdog just one time this season. In December, they played at Virginia as 5.5-point ‘dogs and ended up losing by 11. 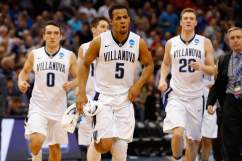