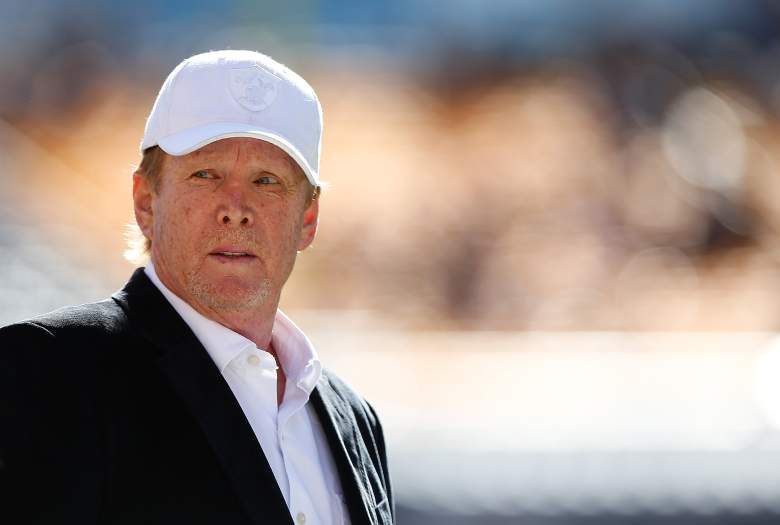 The franchise that started as the Oakland Raiders has already moved to Los Angeles, then back to Oakland. Now, owner Mark Davis is exploring a move that would be even more of an eye-opener. The destination? Las Vegas.

ESPN.com notes that Davis appeared Thursday alongside David Beckham and Vegas billionaire Sheldon Adelson before a committee studying the idea of a $1.4 billion stadium in Vegas. Davis even says he’s willing to spend $500 million to help finance the stadium.

The Raiders, like baseball’s Oakland A’s, play in the antiquated Oakland Coliseum and have been looking to move into nicer digs either inside or outside of the Bay Area. In 2015, the team collaborated with the San Diego Chargers in exploring the construction of a $1.7 billion stadium in Carson, California, but the bid fell apart, sending both teams looking for other options.

Las Vegas has been a frequent topic of conversation as a possible destination for an expansion team in one of the four major sports, with the NHL including it on its short list of potential homes for an expansion team. But the leagues have repeatedly shied away from facilitating a move there because of concerns over having a team in the gambling capital of the country.

There are some reasons to believe that a move to Vegas could make sense, however.

Fivethirtyeight’s Nate Silver touched on the concept in a 2015 post analyzing the NFL’s most interesting expansion options. Silver analyzed Google search data to come up with a list of the media markets with the most NFL fans. Silver’s analysis, which centered on whether the NFL should add a team in London, found that Las Vegas ranked 22nd worldwide in its quantity of NFL fans — nine spots below the San Francisco/San Jose/Oakland market, but ahead of Pittsburgh, Cleveland, Green Bay-Milwaukee, Cincinnati, Indianapolis, Charlotte, Kansas City, New Orleans, Buffalo, Jacksonville and Nashville — all of which have NFL franchises.