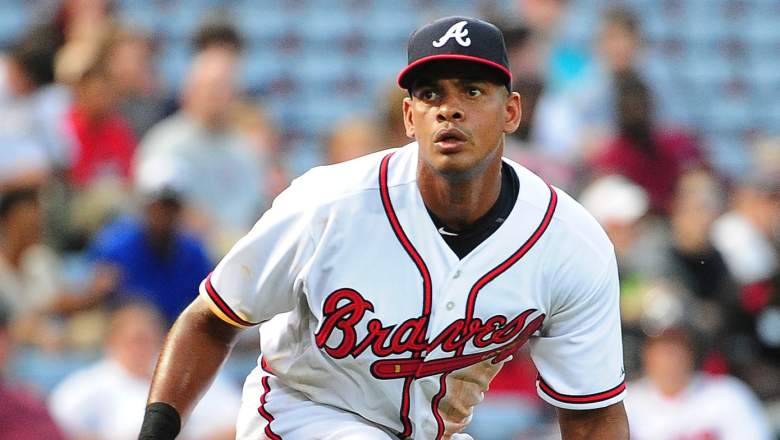 Olivera joined the Atlanta Braves last year. He was in town with the teams playing the Washington Nationals. (Getty)

Police arrested Atlanta Braves outfielder Hector Olivera on Wednesday morning after a woman accused him of assaulting her at a hotel outside of Washington. Olivera was taken into custody and is waiting to appear before a magistrate, according to ESPN. He has not been formally charged.

Police in Arlington, Va. said Olivera, 31, and the woman knew each other. When police arrived, they noticed visible bruises on the woman.

1. A Woman Accused Olivera of Assaulting Her 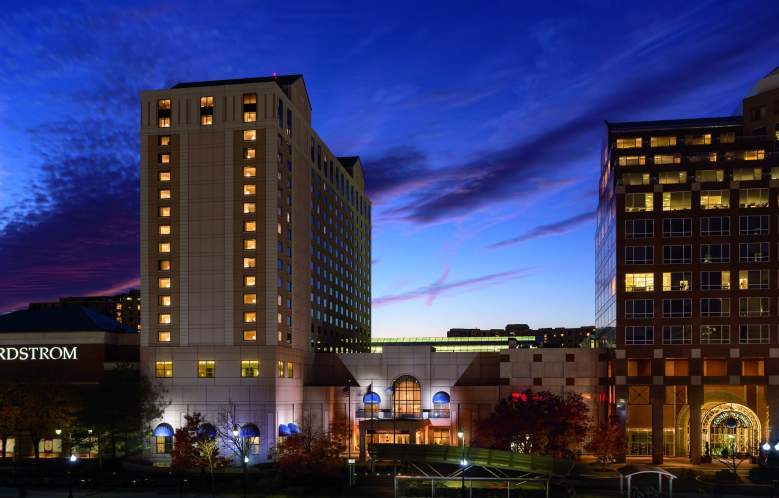 The woman claiming assault called the police from the Ritz Carlton in Pentagon City, just outside of Washington D.C.

Police in Arlington, Virginia, responded to a call from a woman at the Ritz-Carlton in Pentagon City, which is located across the Potomac River, southwest of Washington D.C. They arrived at 6:51 a.m. and found a woman with visible bruises. She claimed Olivera, who plays baseball for the Atlanta Braves, had assaulted her.

Olivera and the Braves were staying at the hotel while in town to play the Washington Nationals. The team will wrap up a four-game series against their NL East division rivals on Thursday.

2. Olivera Was Charged With a Misdemeanor for Assault and Battery 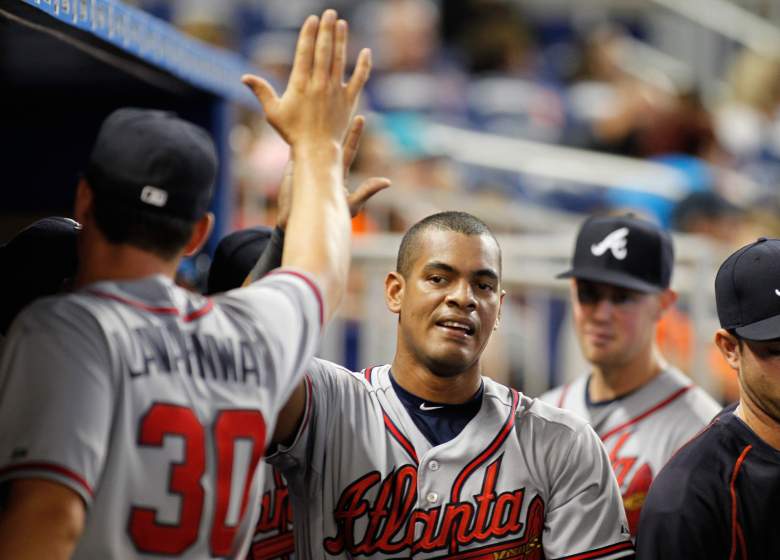 Olivera has been placed on administrative leave by Major League Baseball.

Police arrested Olivera and took him into custody. He was later charged with one count misdemeanor assault and battery, according to Jeff Goldberg, a local ABC reporter in Washington. His bond was set at $10,000.

We are extremely disappointed and troubled to learn of the allegations involving Hector Olivera. We will continue to gather information and will address this matter appropriately as we determine the facts.

3. Police Say Olivera & the Woman Knew Each Other

A week ago, Hector spent time at the aquarium with his family including his son, Hector Jr., who is dressed and ready to play like his dad.

The woman who claimed assault was taken to Virginia Hospital Center in Arlington. Police said Olivera and the woman know each other, but they didn’t know the nature of their relationship, according to ESPN.

Olivera has a 6-year-old son, Hector Jr. When he defected from Cuba, he also brought over his mother, who used to work in a candy factory, and his sister, who needs a kidney transplant, according to the Atlanta Journal-Constitution. It’s unknown who the women is that he’s posing with in the photo above, posted to Olivera’s Instagram on April 5. 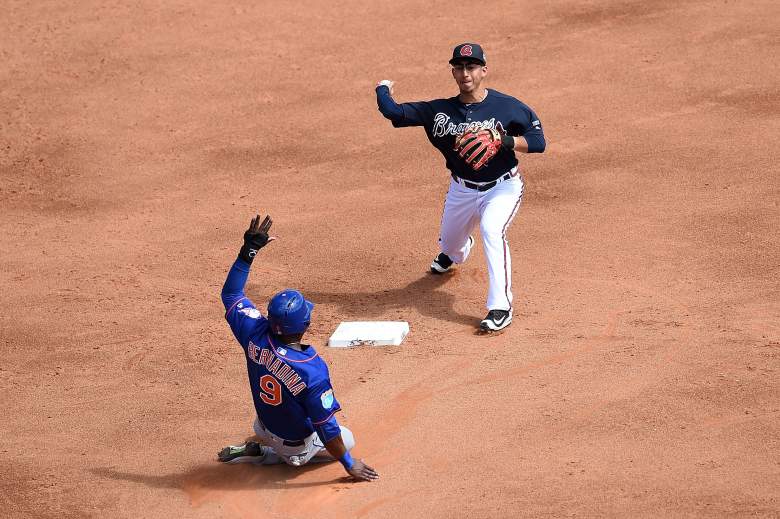 Braves called up Tripe-A infielder Daniel Castro to replace Olivera on the roster.

The Braves replaced Olivera with infielder Daniel Castro, who the team called up from Triple-A Gwinnett. Olivera was batting .211 with 2 RBIs in 19 at-bats. He came to the Braves last July in a three-team trade from the Los Angeles Dodgers. 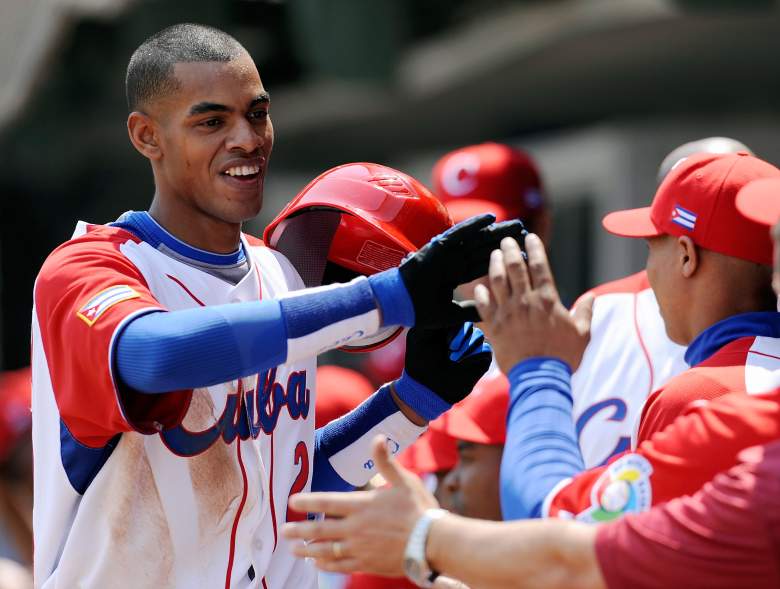 Olivera played in the Cuban National Series from 2003 through 2014.

Olivera defected from Cuba in September 2014. He’s originally from Santiago de Cuba and played for his home team in the Cuban National Series from 2003 to 2014. He also represented his country as a member of the Cuba national baseball team in the 2008 Beijing Olympics, 2007 and 2009 Baseball World Cups, the 2010 Intercontinental Cup, the 2011 Pan American Games and the 2009 World Baseball Classic.

The ballplayer is the son of Hector Olivera, Sr., who is a former Cuban league batting champion. Olivera Sr. was the batting coach for Los Angeles Dodgers’ outfielder Yasiel Puig when he played for Cienfuegos in the Cuban National Series, according to the Los Angeles Times.