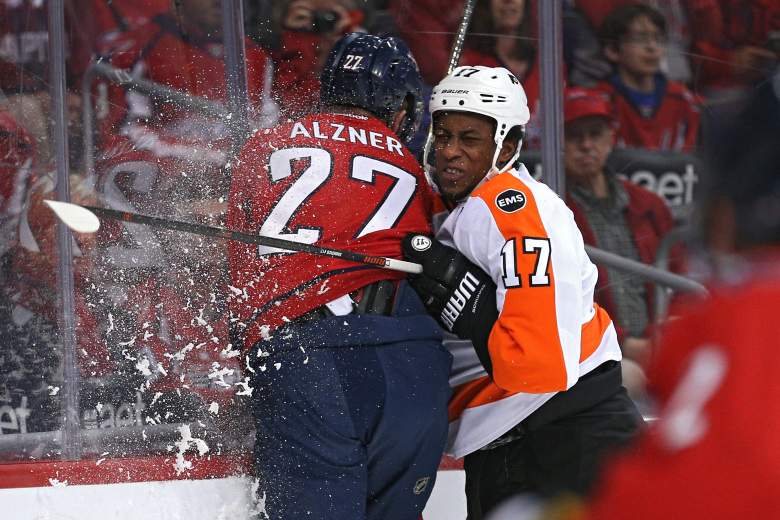 The Flyers and the Capitals hit each other quite a bit in Game 1. Expect the same on Saturday night. (Getty)

That was fun. Let’s do it again.

The Philadelphia Flyers and Washington Capitals battled for every single second of Game 1 on Thursday night and, now, on Saturday, they get to do it again.

Washington grabbed a 2-0 victory in the first game, buoyed by a ridiculously efficient power play, while the Flyers lost Sean Couturier to an injury after a particularly hard hit by Alexander Ovechkin. Courturier’s likely absence tonight changes the entire complexion of the Philadelphia roster, but the Flyers are still a tough squad and Steve Mason’s performance in net is enough to inspire a bit of confidence.

Puck drop is slated for 7 p.m. ET and the game is being nationally broadcast on CNBC. Don’t worry if you wont’ be near a TV though or even near a computer. We’ve got ways to stream the game online and on mobile:

Read More
Hockey, NHL
There were fights. There were saves. Then there were more fights. The Flyers and the Capitals make for good postseason hockey. Here's how to watch Game 2.