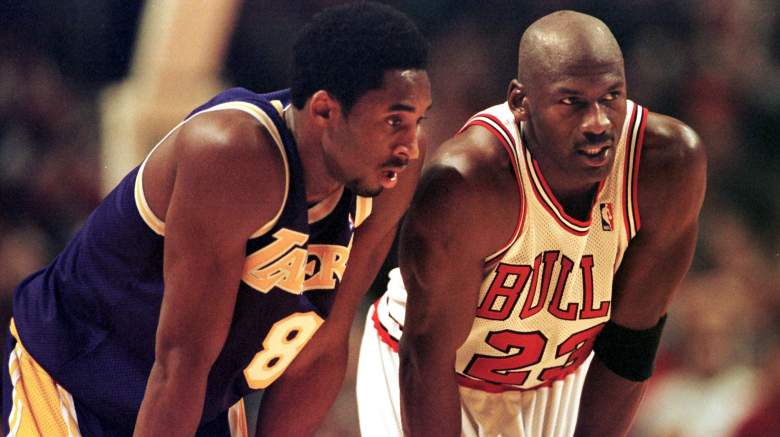 How does Kobe Bryant compare to Michael Jordan and other NBA legends? (Getty)

Kobe Bryant‘s last game signals the end of one of the most illustrious careers in NBA history.

But where exactly does the Mamba stack up against the greatest to ever play the game?

We’re not here to convince you one way or another, but let’s take a quick look at Kobe’s resume.

The 37-year-old has won five NBA championships, two Finals MVP’s and one regular-season MVP. He was named to 18 All-Star games, 11 All-NBA First Teams and nine NBA All-Defensive First Teams. He led the league in scoring in 2005-06 and 06-07, and, of course, has the second most points (81) ever in a game:

Kobe has always been somewhat of a controversial player. Some are bothered by the lack of efficiency he, at times, displayed on the court, while others question how he was as a teammate.

But while he has some traits that rubbed some the wrong way, there’s very little question that when it comes to the Mamba’s scoring ability, intensity and passion for the game, he is absolutely unmatched.

Where exactly that places him among the NBA greats is something that will be discussed for a very long time to come.