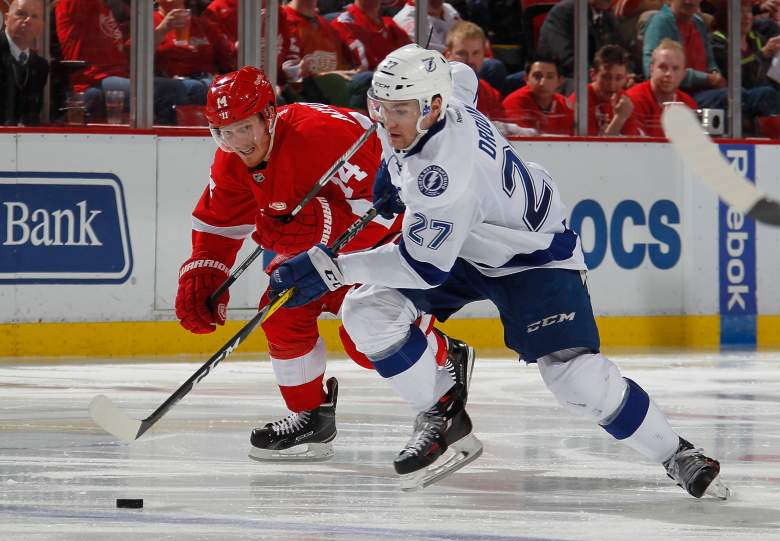 Tampa Bay can wrap up the series with a victory tonight, but the Red Wing aren’t quite ready for the year to be over. (Getty)

Tampa Bay can clinch a berth to the next round of the NHL playoffs tonight with a victory over Detroit, but the Red Wings aren’t going to give up without a fight; metaphorical or literal.

After all, this is a series that has already given us a full-fledged brawl after Game 2. And after Game 3. And then Brian Boyle did the chicken dance. This series is not going to end without some serious on-ice drama.

Keep an eye out for Jonathan Drouin tonight. The winger assisted on all three of the Lightning’s goals in Game 4 and was, officially, an offensive force to be reckoned with in the win. If he can keep setting up his teammates, it’s going to be difficult for the Red Wings to keep their season alive.

Puck drop for the game is slated for 7 p.m. ET and is being nationally broadcast on NBCSN. Don’t worry if you wont’ be near a TV though. We’ve got ways to stream the game online and on mobile:

Read More
Hockey, NHL
Tampa Bay can clinch a berth to the next round of the NHL playoffs tonight. Here's how to catch the action, no matter where you are.