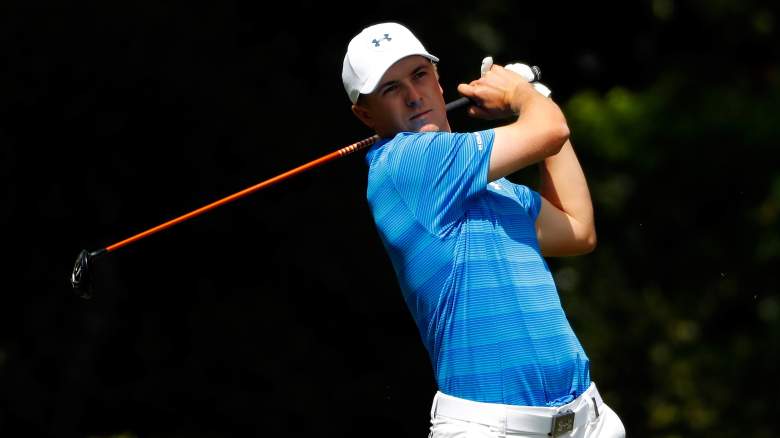 After his dominant, record-setting victory in 2015, the 22-year-old led most of the way again this year before crumbling down the stretch and being surpassed by Danny Willett.

Spieth would have joined exclusive company with a back-to-back Masters, but there’s a reason not many have done it. Here’s the list:

Tied with the “Big Three”–Arnold Palmer and Gary Player–after two rounds in 1965, Nicklaus fired a scorching eight-under 64 on Saturday and a three-under 69 on Sunday to finish at 17-under. At the time, both his score (271) and winning margin (eight strokes over both Palmer and Player) were tournament records.

The following year, Nicklaus was tied at par with Tommy Jacobs and Gay Brewer after 72 holes but went on to dominate the 18-hole playoff, shooting two-under to beat Jacobs by two strokes and Brewer by eight.

The victory marked the third Green Jacket in four years for The Golden Bear, who went on to win a record six.

In 1989, Faldo entered the final round five strokes behind leader Ben Crenshaw but poured in eight birdies on Sunday–including ones on 16 and 17–to shoot a 65 and force a playoff with Scott Hoch. In the sudden death format, he won the second playoff hole to capture his first Green Jacket and second major.

Sir Nick needed two extra holes again in 1990, this time defeating Raymond Floyd in a playoff. He would claim a third Masters title in 1996, which remains the last time a European won at Augusta.

After his transcendent victory in 1997 as a 21-year-old, Woods recaptured his winning ways at Augusta in 2001 and ’02. In the former, he shot 16-under to beat David Duval by two strokes, and a year later he shot 12-under to defeat Retief Goosen by three strokes.

The 28-under remains the lowest score ever in back-to-back Masters tournaments.