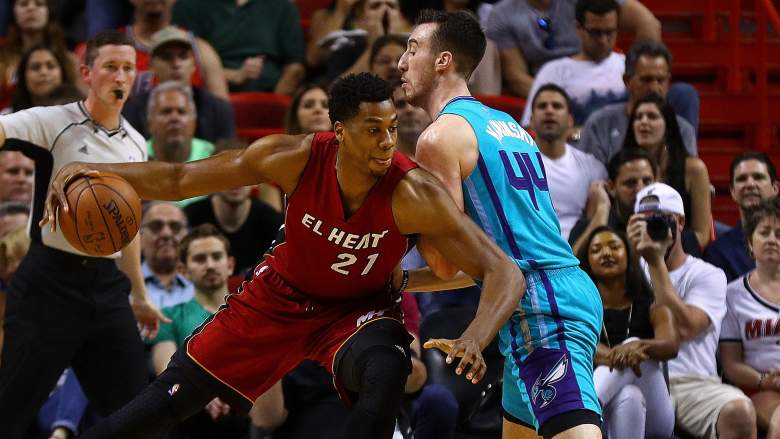 The Miami Heat and Charlotte Hornets meet in the first round of the 2016 Eastern Conference Playoffs. (Getty)

Southeast Division rivals Miami Heat and Charlotte Hornets now get to see each other in the first round of the NBA Eastern Conference Playoffs.

Game 1 is set for Sunday, April 17, at 5:30 p.m. Eastern in Miami. The line for the opening game has not been set yet, but sportsbooks monitored by Oddssharks have the Heat as a slight favorite to win the series at -171. They have the Hornets at +125.

Both teams finished 48-34 and split their four-game head-to-head season series 2-2. Miami had a 10-6 division record, so the Heat won the tiebreaker and the No. 3 seed. Charlotte had to settle for the No. 6 seed.

But these teams are pretty evenly matched overall. Both score 100+ points per game. Both rank in the top 10 defensively in points allowed. Miami has the slight edge in rebounding, while Charlotte is a better 3-point shooting team. The Heat are 6-4 in their last 10, the Hornets 7-3.

According to Jeff Sherman from Westgate in Las Vegas, Miami gets the nod, though, when it comes to winning the NBA Championship:

So what’s going to be the difference?

When it comes down to it, Miami has the experience. The Heat is loaded with veteran leadership and “been there, done that” guys. That gives them the slight edge.

Charlotte’s Kemba Walker, Nicolas Batum and Jeremy Lin are fun to watch, but it’s going to Dwyane Wade, Joe Johnson and Hassan Whiteside and Co. that will be moving on. 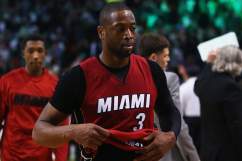 Read More
Basketball, Betting, NBA, NBA Playoffs, Odds
The Miami Heat and Charlotte Hornets meet in the first round of the NBA Eastern Conference Playoffs. Click here to see the betting odds and our pick to advance.