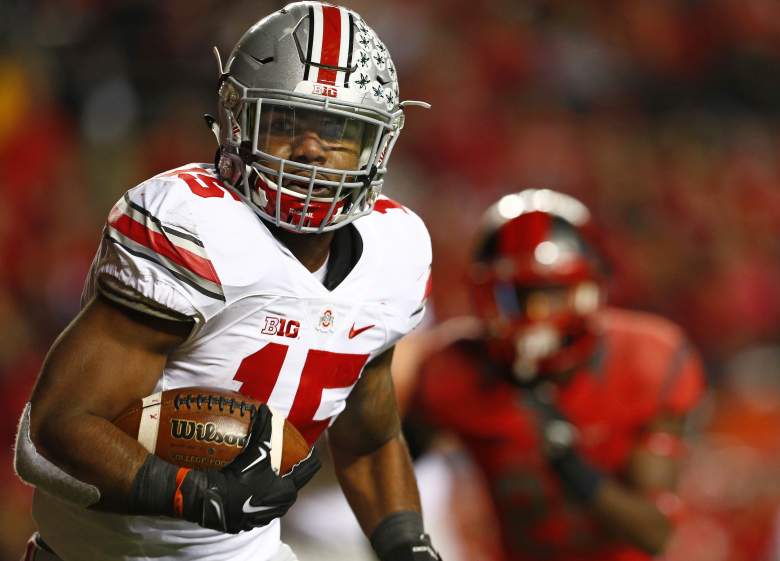 Ezekiel Elliott is expected to be the first running back selected in the NFL Draft. (Getty)

The first day of the 2016 NFL Draft begins Thursday, April 28 with the first round. Both ESPN and NFL Network will broadcast the draft live beginning at 8 p.m. Eastern.

Radio: ESPN Radio will offer a live broadcast throughout its affiliates. A live stream of the radio broadcast will be offered online. Coverage begins at 7 p.m. Eastern.

Draft Preview: Two trades by the Los Angeles Rams and the Philadelphia Eagles have made it clear quarterbacks will be selected with the top-two selections. Jared Goff and Carson Wentz headline the 2016 class.

Both ESPN and NFL Network will have wall-to-wall coverage of the draft. ESPN will begin coverage Thursday night at 7 p.m. Eastern with an hour preview show entitled SportsCenter Special: Draft Countdown. According to Sports Illustrated, Chris Berman, Jon Gruden, Louis Riddick and Mel Kiper will be on the main set. Adam Schefter will provide inside information on the draft, and Suzy Kolber will interview players after they are selected.

Deion Sanders will conduct interviews with draftees prior to Kolber interviewing them for ESPN. Fans will have the choice of which channel they prefer to watch the draft. The main difference is the talent evaluators each network provides. Mel Kiper and Louis Riddick will offer a broad picture of each prospect for ESPN. Mike Mayock will serve in a similar role for NFL Network.