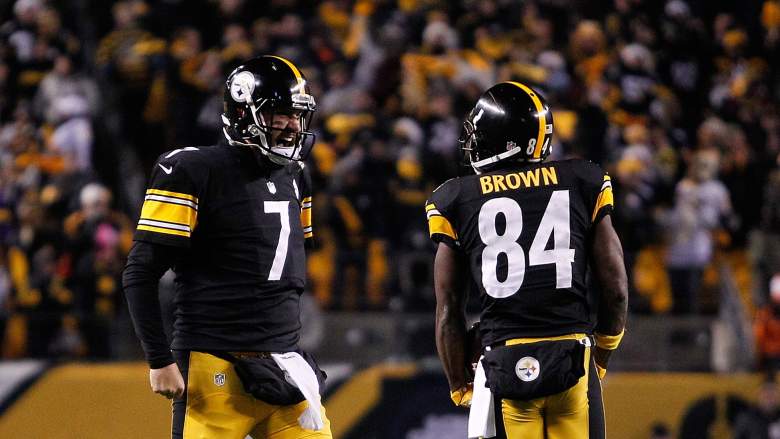 Ben Roethlisberger, Antonio Brown and the rest of the Steelers fell to the eventual Super Bowl champion Broncos in the playoffs last season. (Getty)

In late November of the 2015 season, the Pittsburgh Steelers were at a crossroads.

They were 6-5 and in the playoff hunt, but injuries had taken their toll. Quarterback Ben Roethlisberger missed some time. Le’Veon Bell tore an ACL in Week 8. But the Steelers made a run, closing out the season 4-1 to finish 10-6 to grab a Wild Card spot, where they beat NFC North foe Cincinnati.

The Steelers fell in the AFC Playoffs Divisional round to eventual Super Bowl champion Denver Broncos.

With Roethlisberger, Bell and Antonio Brown expected to be healthy for Week 1, Pittsburgh appears poised to make another postseason run in 2016.

As for the 2016 schedule, in addition to the home-and-home games against the other three NFC North teams, the Steelers face all four teams from the AFC East and NFC East. Four teams on Pittsburgh’s 2016 schedule made the playoffs a season ago.