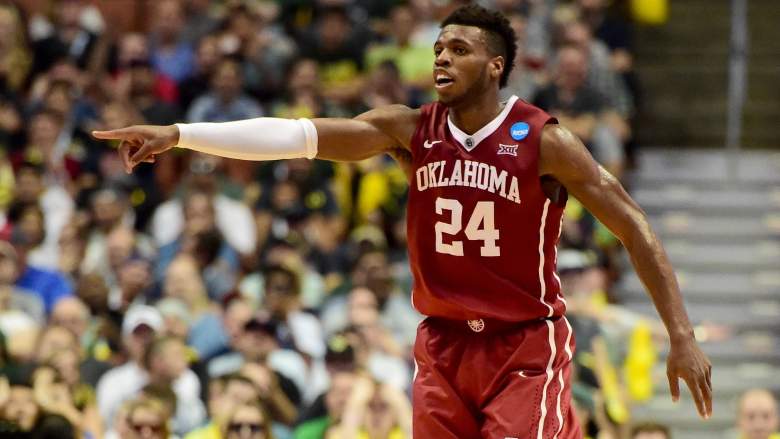 Nearly four months after a 23-point drubbing at the hands of Oklahoma in the Pearl Harbor Classic, Villanova will get its chance at revenge.

This time around, there’s a spot in the national championship on the line.

Jay Wright’s squad has certainly earned a second bout with the Sooners, running roughshod over UNC Asheville, Iowa and Miami by a combined 82 points before dispersing of No. 1 overall seed Kansas in impressive fashion in the Elite 8. After beating what many believed to be the best team, the Wildcats will now have to find a way to get past the best player: Buddy Hield, the transcendent sharpshooter who will be in range once he steps inside NRG Stadium on Saturday night.

Many were disappointed at not getting Oklahoma vs. Kansas III, but Oklahoma vs. Villanova II should be just as scintillating.

Tip-off is scheduled for 6:09 p.m. ET on TBS. Here’s a look at all the betting info, courtesy of OddsShark:

Betting Trends: The Sooners, pretty amazingly, are just 4-11 against the spread in their last 15 games, although they covered in emphatic fashion against Texas A&M and Oregon in the biggest spots of the season. As underdogs, they are 5-2 ATS.

The Sooners, despite their offensive firepower, have hit the “under” 12 times in their last 15 games, while ‘Nova, on the complete opposite end of the spectrum, has hit the “over” 10 times in its last 13.

Read More
College Basketball, March Madness 2016
Oklahoma and Villanova meet in a rematch for a spot in the national championship. Here's all the betting information, odds and trends to know.