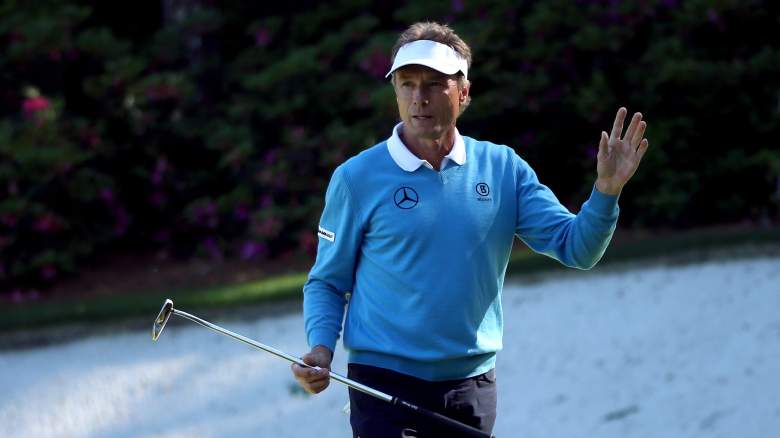 At age 58, Bernhard Langer is chasing history at the 2016 Masters. (Getty)

Exactly 30 years after Jack Nicklaus’ legendary age-defying win at the Masters, Bernhard Langer is seeking to make his own history.

At 58, Bernhard Langer is in position for a third Green Jacket.

He can thank his short game. https://t.co/4aXyaXKgtE

The 58-year-old fired a two-under 70 on Saturday, moving him to one-under for the tournament and just two strokes behind leader Jordan Spieth. If Langer can make a run on Sunday, he would become the oldest Green Jacket winner in history.

And it wouldn’t even be close.

Nicklaus currently holds that record with his win in ’86, which came at the age of 46. Interestingly enough, Langer had a front row seat to that moment. He finished in a tie for 16th, but after winning in ’85, he was the one who put the Green Jacket on Nicklaus.

Langer would win again in 1993, giving him a pair of Masters victories before Spieth was even born. He has nine Top-10 Masters finishes in his career, including one at the age of 56 in 2014, so him being near the top of leaderboard isn’t exactly shocking, regardless of age.

Here’s a look at the complete list of players over 40 who have captured Masters victories:

Read More
Masters 2016, PGA
58-year-old Bernhard Langer is in contention at the Masters. Where would he rank in terms of oldest winners at Augusta?