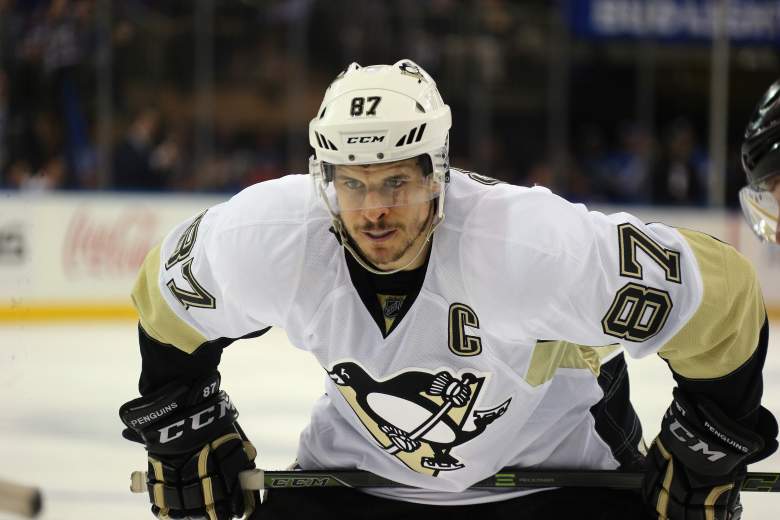 Sydney Crosby and the Pittsburgh Penguins hope to keep their Stanley Cup dreams alive with a second round win in the NHL playoffs. (Getty)

The NHL playoffs are always fun, but this series between the Pittsburgh Penguins and Washington Capitals may be a little more enjoyable than usual.

Why? Well, these two teams don’t particularly like each other all that much. Oh, and they’re both really, really good at playing hockey. That might be even more important.

The Washington Capitals come into the second round of the postseason after an interesting opener against the Philadelphia Flyers, a series that saw the NHL’s top team jump out to a 3-0 lead before battling to a victory in six games. On the flip side, the Pittsburgh Penguins took down the New York Rangers in five despite a series-long injury to goaltender Marc-Andre Fleury.

So, who’s got the edge in this one? We’ve got some odds-based answers, via OddsShark.

The Caps come in as favorites in Game one at -123 with the spread set at -1.5 according to sportsbooks monitored by OddsShark. Meanwhile, the total for the series opener is set at five goals.

Interestingly enough, despite Washington’s strong offense and ridiculously efficient power play, the total has gone UNDER in five of the Capitals last seven games, while the team is 2-4 SU in its last six games at home.

Pittsburgh, on the other hand, has seen the total go OVER in six of its last nine and boasts an 10-1 record SU in its last 11 games on the road. More impressive? The Penguins are 12-5 SU in their last 17 games when playing Washington.

Fleury’s return to net is still an up in the air decision and his presence, or lack thereof, could have a big-time impact on what the Capitals are able to do offensively. The goaltender most recently skated alongside teammates on Monday, but is reportedly still dealing with issues from a concussion he sustained on March 31.

If Matt Murray is once again the goalie for Pittsburgh this series, expect Alex Ovechkin to attack the net even more than usual.