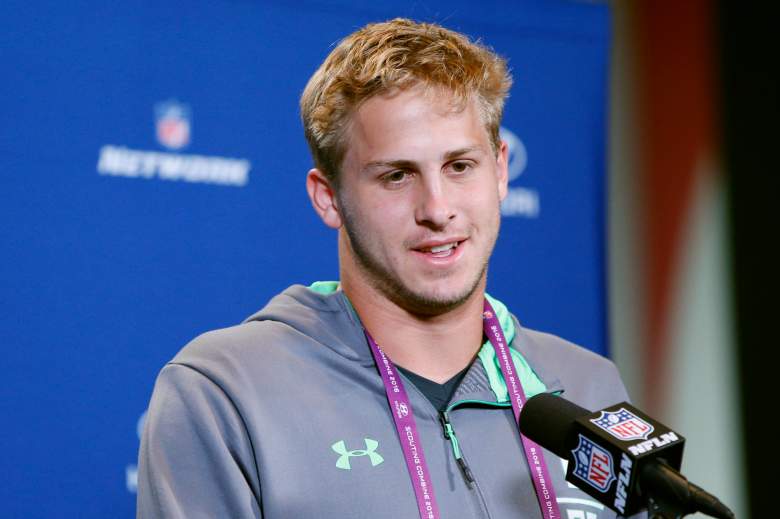 Jared Goff and Carson Wentz went first and second overall in the 2016 NFL Draft. Goff will be a Los Angeles Ram, with Wentz headed to the Philadelphia Eagles. The two were considered an easy choice for the top two, but there was considerable debate about exactly which order. Goff is considered the better technical choice, while Wentz is the better physical specimen and bests Goff in intelligence.

Read the reports below, then vote in our poll to voice your opinion.

Goff threw for nearly 4,000 yards and 35 touchdowns in leading the Cal Golden Bears to an 8-5 record and Armed Forces Bowl win in Sonny Dykes’s first winning season at Cal. Goff stands 6’4 and runs a 4.82 40. While analysts love his mechanics and accuracy, gaudy numbers are standard for an Air Raid quarterback like those in the system Dykes runs, and quarterbacks from the system have mostly held clipboards in the NFL.

Wentz led the North Dakota State Bison to two of its five consecutive national championships, though he missed much of the 2015 season with a broken left wrist. At 6’5, 215 with a 4.77 40, his size and athleticism are particularly attractive to scouts, but his leadership also shines; he led four final-minute comeback Bison victories throughout his career. However, while the Bison beat Iowa State in 2014 under his leadership, the quality of competition is a concern.

POLL: Who Will Be Better?