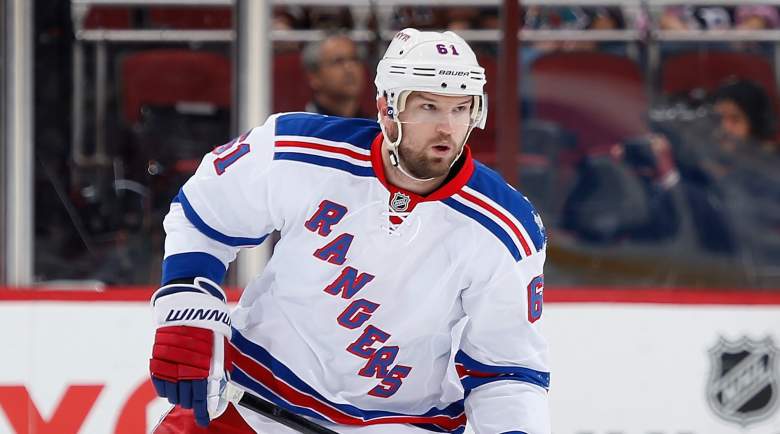 The New York Rangers are hoping to even up the series in Pittsburgh this afternoon. (Getty)

Game 1 did not go exactly according to plan for the New York Rangers.

Defensive miscues, injuries and a lack of shooting left the Blueshirts facing a 5-2 loss against the Penguins on Wednesday night. But now, after a few days to regroup, New York is anxious for a bounce-back moment.

Of course, that’s always easier said than done in the playoffs.

Keep reading for a look at all the game-time information, including odds, live streaming information and what exactly is going on with Henrik Lundqvist:

Preview: So, what’s up with Henrik Lundqvist?

The New York Rangers goalie sustained an eye injury on Wednesday night after teammate Marc Staal’s stick somehow found its way through Lundqvist’s mask. Although he did return for a few moments late in the first period – long enough to give up the first goal of the game – Lundqvist spent the final two periods of the series opener on the bench.

After the game, Rangers coach Alain Vigneault said Lundqvist would have to practice on Friday in order to play on Saturday – and he did just that, but the goalie is still a game-time decision for Game 2.

“[Lundqvist is] our leader,” Rangers forward J.T. Miller told NHL.com. “We need him to be healthy … It was a scary moment. You definitely don’t want to see that.”

Lundqvist has started 11 straight Stanley Cup playoff games for the Rangers dating back to April 26,2006. That’s tied for fifth most by a goalie playing with one team. In other words, if Lundqvist can’t go on Saturday afternoon, this is going to be a different-look New York team, one that is already playing without its captain Ryan McDonagh. 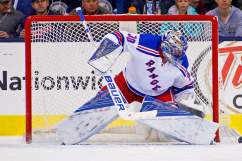 Read More
Hockey, NHL
After a tough Game 1, the New York Rangers look to even up the series in Pittsburgh this afternoon. Here's how to catch the action.