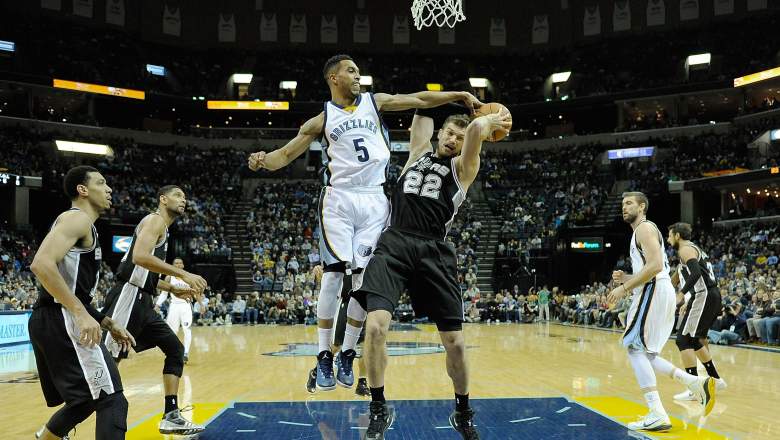 The Spurs swept the season series 4-0 against the Grizzlies. They meet in the first round of the 2016 NBA Playoffs. (Getty)

The San Antonio Spurs grabbed the No. 2 seed in the NBA’s 2016 Western Conference Playoffs and is heavily favored over their opponent, the seventh-seeded Memphis Grizzlies.

Game 1 is Sunday, April 17, at 8 p.m. Eastern in San Antonio. The line for the opener hasn’t been set yet, but sportsbooks monitored by OddsSharks consider the Grizzlies a long shot to win the series. Memphis is listed at +9500. San Antonio’s odds have yet to be made available.

These teams are on different levels right now. The Spurs haven’t played their best ball lately, but they probably don’t need to be in the opening series — the Grizzlies are 1-10 in their past 11 games.

According to Jeff Sherman from Westgate in Las Vegas, the Grizzlies have the worst odds to win the NBA title, the Spurs third-best:

Memphis has been bitten hard by the injury bug, losing two top scorers in Marc Gasol (broken foot) and Mike Conley (Achilles tendinitis). Neither will play this postseason. Without those two, the Grizz has struggled to put the ball in the basket.

The Spurs, on the other hand, got All-Star seasons from Kawhi Leonard and LaMarcus Aldridge as the aging Big 3 of Tony Parker, Tim Duncan and Manu Ginobili took a back seat. Gregg Popovich did another masterful job of coaching and limited the minutes of Parker, Duncan and Manu, yet received quality production. The Spurs are healthy, deep and rested for the postseason.

The Grizzlies look like a team that just wants the season to end, while the Spurs appear to want another shot at the Golden State Warriors in the Conference Finals.

Whether that happens remains to be seen. But one thing is for sure, San Antonio is moving on to the second round. And will do so with ease.

Break out the brooms. 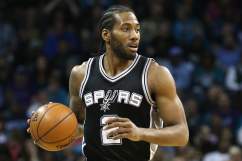 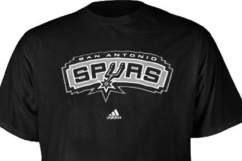 Read More
Basketball, Betting, NBA, NBA Playoffs, Odds, San Antonio Spurs
The Spurs and Grizzlies face off in the first round of the 2016 NBA Playoffs. The Spurs are favored heavily, so click here to see the breakdown and our series prediction.