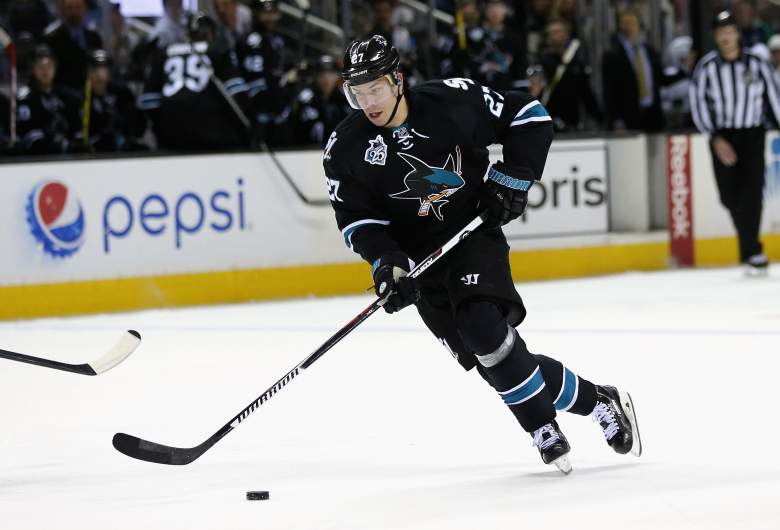 The San Jose Sharks are hoping to erase recent postseason history with a victory over the Los Angeles Kings. (Getty)

It’s time for a Pacific Division battle. In the postseason. Which kind of makes it even better.

The Los Angeles Kings and San Jose Sharks are slated to meet in the playoffs for the fourth time in six years, facing off in the Western Conference quarterfinals. Game 1 is slated for Thursday night.

Of course, these two teams are fairly well acquainted with each other.

In fact, the Division foes, who both missed the playoffs last season, met five times during the regular season, with the Sharks notching a 3-1-1 advantage. That doesn’t particularly matter now, though.

This is the postseason and even for two Pacific rivals, the metaphorical slate has been wiped completely clean. Read on for a complete breakdown of the opening game, including a look at the matchup odds and live streaming options:

Preview: Let’s review the last few postseason runs for the Kings and the Sharks quickly.

San Jose defeated Los Angles 4-2 in the first round in 2011. Then, the Kings defeated the Sharks in a second round series in 2013 and again in 2014. That 2014 series was particularly memorable, not only for sparking the Kings’ Stanley Cup run, but for San Jose’s breakdown after winning the first three games.

So, there’s a good amount of history here.

Read More
Hockey, NHL
These two teams know each other well. Now they're getting ready to face off in the first round of the NHL playoffs. Prep for Game 1 right here.