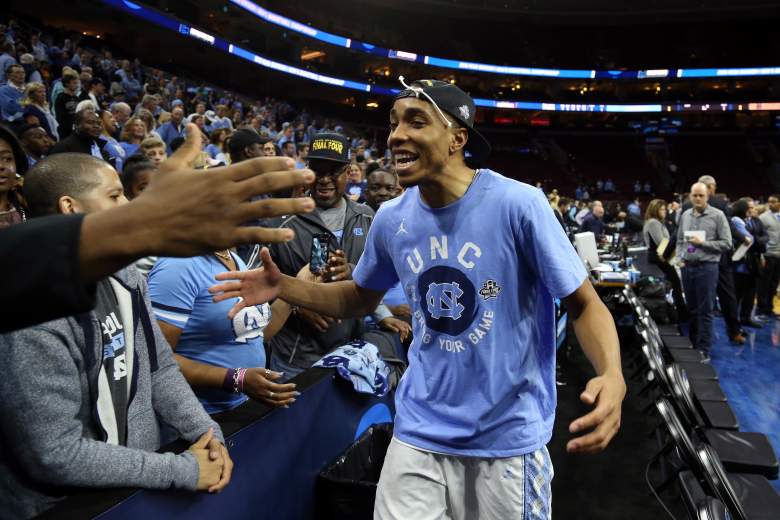 North Carolina’s Brice Johnson has been dominant throughout the tournament and he’s a big reason why the Tar Heels are a favorite Saturday night. (Getty)

Editor’s note: The odds below are courtesy of Heavy’s partners at OddsShark. Click here for more March Madness odds and betting info at OddsShark.com.

It feels a bit like a broken record, but Syracuse has surprised just about everyone in the entire sports-watching world by making the Final Four.

Sure, the Orange didn’t exactly face the toughest slate of competition during the opening weekend of the NCAA Tournament, but after taking down Gonzaga and Virginia last weekend, it’s difficult to completely doubt this squad anymore.

In fact, it’s difficult to believe that Syracuse couldn’t march into Houston and take down a second straight No. 1 squad in the form of North Carolina.

The Tar Heels, of course, will have something to say about that however. After all, when you’re the only top seed left standing, this is about pride as much as it’s about keeping your season alive.

Read on for a look at the odds breakdown for the Final Four tilt, via OddsShark:

Syracuse is, obviously, the underdog in this situation, but history is actually on the side of the Orange in this one; at least when it comes to betting situations.

Although Syracuse has gone 0-3 SU against the Tar Heels since the start of 2014, the Orange are 1-1-1 ATS with an average scoring margin of -8 points, so things are pretty close in these matchups. Syracuse is also 5-0 ATS in its last five games. Overall this season, the Orange are 23-13 and 20-15 ATS and have gone 18-7 on betting totals.

Still, there’s plenty of reason to be confident that UNC can prevent an upset tonight.

After all, when Brice Johnson and his 21 points and 9.8 rebounds a game, not to mention his 63 percent from the floor, are on your roster, you almost have an automatic edge against the competition.

Add into the mix that UNC is 6-0 SU in its last six games against ACC competition and it almost makes the fact that the Tar Heels are 2-4 SU and ATS in the Final Four less of a glaring statistic.