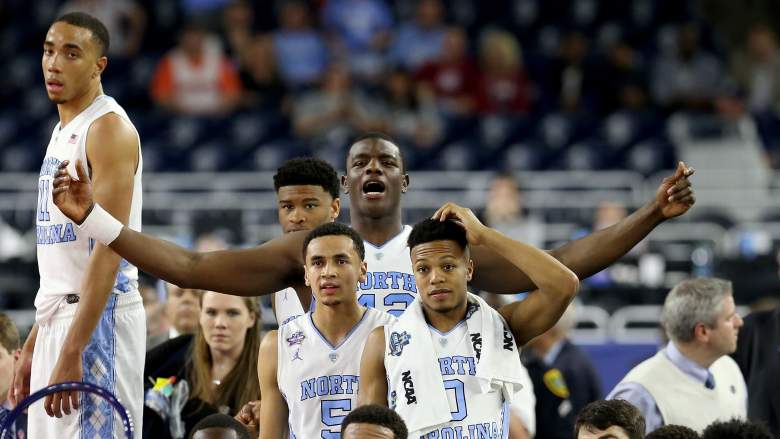 One team is coming off a 44-point victory in the Final Four. The other has yet to have a margin of victory of less than 14 points so far in the NCAA tournament.

Yep, Villanova vs. North Carolina should be a pretty good national championship.

The Heels opened as two-point favorites, and even though the Wildcats put together one of the most impressive performances in tournament history against Oklahoma in the Final Four, 58 percent of the bets against the spread are coming in on UNC.

Tip-off is scheduled for 9:19 p.m. ET on TBS. Here’s a look at all the betting info, courtesy of OddsShark:

The Wildcats have been underdogs just twice all season. The first, they lost and failed to cover the spread at Virginia in December. The second, they defeated Kansas for a spot in the Final Four.

According to OddsShark, this is the fourth time since 1996 it will be a No. 1 seed vs. No. 2 seed in the national championship. In the three previous battles, the No. 1 seed is 3-0 straight up and against the spread with an average margin of victory of 11.7 points, although it’s worth noting Villanova, fresh off its drubbing of OU, doesn’t look much like a No. 2 seed these days.