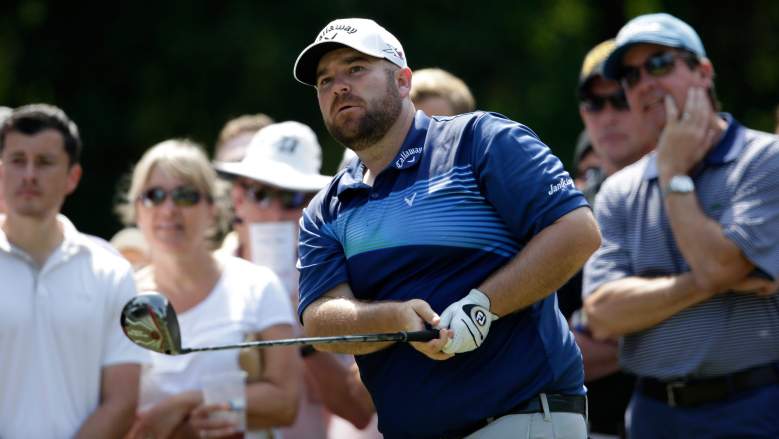 About 24 hours after Jason Day tied the course record at TPC Sawgrass, Colt Knost nearly one-upped the World No. 1.

Entering the second round of The Players Championship in a tie for 83rd place, Knost fired a blistering nine-under 63 to tie Day’s (and five others’) record and move into a tie for second place.

Great round. @ColtKnost (-9) came *thisclose* to setting a new course record. Ties it with bogey on 18 to post 63. pic.twitter.com/HauB1vPDBJ

Knost, who began the week 184th in the world golf rankings and 85th in the FedEx Cup standings, hit 10 birdies and one untimely bogey on the day.

For a while, it looked as though he was going to break the record. He entered the famous No. 17 island hole at nine-under needing to play the last two at one-under for the course record, and after a good tee shot, he buried the clutch putt like it was a practice round:

But after going into the rough on his second shot at No. 18, he put himself in position for about a five-foot par putt only to miss it for the first bogey of his day.

While he’ll be a bit disappointed, it’s still a marvelous achievement for the 30-year-old, who has yet to win on the PGA TOUR in his career.

Colt Knost: hit all 18 greens in regulation, 5th player to do that at @TPCSawgrass. 1st time in his #PGATour career he's hit all 18 in round

Of course, his record isn’t exactly safe. Low rounds are being fired all over the place at Sawgrass during the first two days, and Rory McIlroy, who shot a ridiculous 29 on the back nine to start his second round, is certainly an immediate threat to Knost’s brand-new record.

Ultimately, with the way things are going, it may take a score of 20-under to win the tournament many refer to as the “unofficial fifth major.” Fortunately for Knost, who shot an underwhelming 72 on Thursday, he’s already nearly halfway there.

Read More
Golf, PGA
Colt Knost tied the course record at TPC Sawgrass with a scintillating 63 in the second round of the Players Championship Friday.