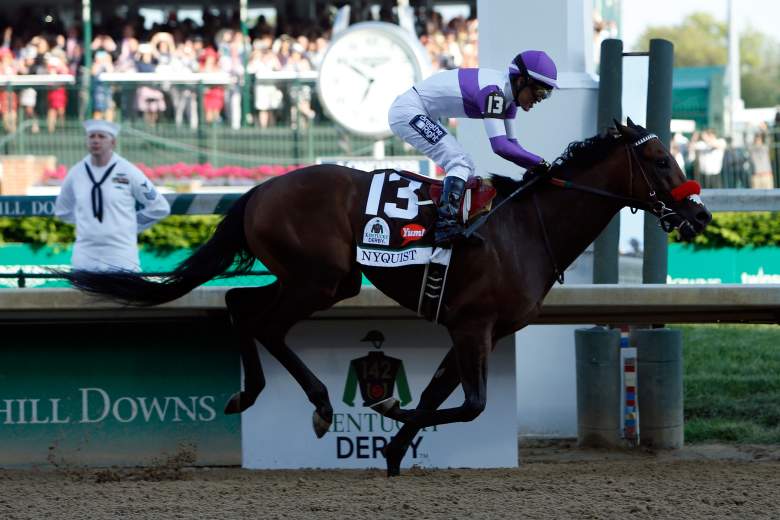 Nyquist is the winner of the 142nd Kentucky Derby. (Getty)

According to OddsShark, Nyquist was the favorite to win this year’s Kentucky Derby at +300. Nyquist entered the race undefeated and was coming off a victory in the Florida Derby over favorite Mohaymen.

Exaggerator was next in line at +750. Kent and Keith Desormeaux tried to make history by becoming the first jockey/trainer pair to win the race as brothers.

Despite his disappointing showing in the Florida Derby, Mohaymen was third in the odds at +800. Gun Runner was fourth in the odds at +900 and came into Saturday’s race first in the point standings. Creator was fifth at +1200.

Read More
Horse Racing, Kentucky Derby 2016
Find out all the details on the purse and prize money allocation for the 142nd Kentucky Derby.