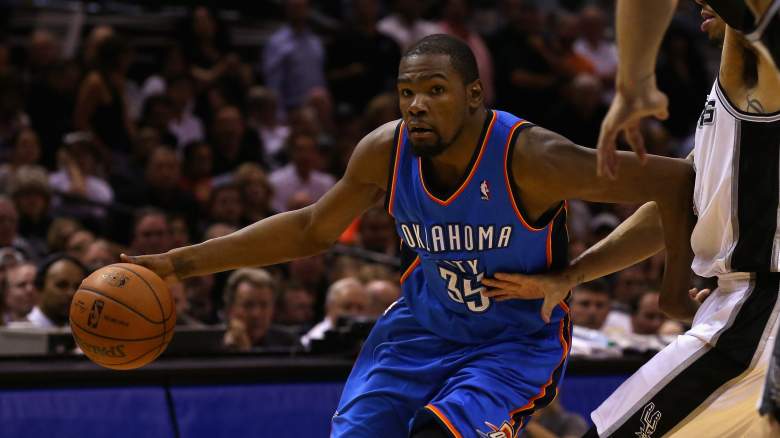 Durant, who entered the series averaging 27.8 points per game over the first four, scored 7 first quarter points, including a 3-pointer, which can be seen in the clip below.

How To Execute A 2 for 1, by Kevin Durant https://t.co/nO0qYqvywu

Durant finished the first half with 12 points on 5 of 14 shooting.

Durant was more efficient in the the second half, but was just 3 of 7 from the field. He finished the game with 23 points. He added 6 rebounds, 5 assists, 2 steals and a block in 43 minutes of action.

The Thunder now has a 3-2 series with two of the wins coming in San Antonio. OKC has a chance to close out the series at home on Thursday evening.

Durant scored 41 points in Game 4 to lead the Thunder to a convincing 111-97 win to even the series at two games apiece.