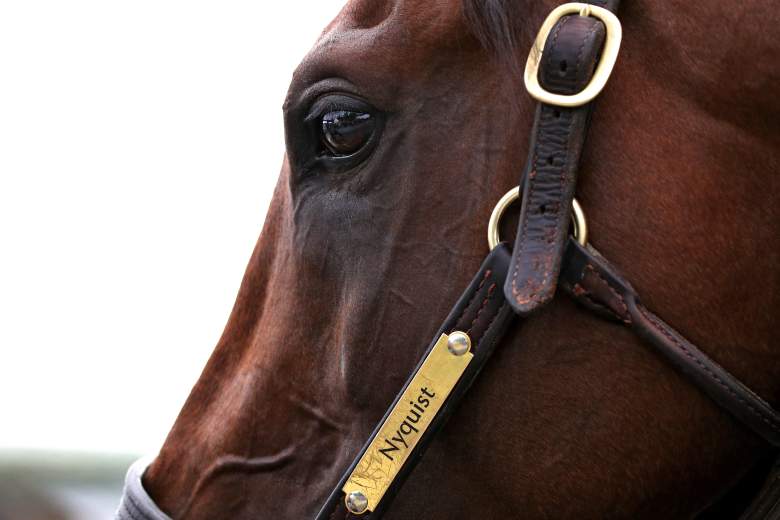 Nyquist enters the Preakness as the favorite. (Getty)

Editor’s note: The odds below are courtesy of Heavy’s partners at OddsShark. Click here for more horse racing odds and betting info at OddsShark.com.

Nyquist looks to go a perfect 9-0 on Saturday with a win in the Preakness. The horse has stepped up in each race he has started and enters the Preakness as the favorite.

Exaggerator has lost all four times against Nyquist. He came up just short of Nyquist at the Kentucky Derby and placed second. He finds himself second in the odds for Saturday’s race.

Stradivari will get his first shot at Nyquist and is coming off an impressive performance at Keeneland. He is third in the Preakness odds.

Here’s a look at the odds courtesy of OddsShark for the entire field of 11 horses. The horses are listed based on post position.

Each race, critics have tried to poke holes in Nyquist. There have been critiques on everything from the length of his previous races to his pedigree. All Nyquist continues to do is win.

The Preakness has less talent than the Kentucky Derby with just 11 horses in the field. Exaggerator looks to have the best chance at stopping Nyquist, but he has already failed to do so the last four times they have squared off.

Heavy likes Nyquist to extend his winning streak and head to the Belmont with a chance to win the Triple Crown. Stradivari is coming off two sizable wins, and we like his chances to stay close to Nyquist. His 100 Beyer number shows evidence that he has the speed to compete at the next level.

Exaggerator rounds out our top three but has proved incapable of passing Nyquist. If the weather turns rainy and muddy, it gives Exaggerator more of a chance as he has had success in the mud.