Real Madrid are Europe’s most decorated club, and the club most familiar with Champions League success. Madrid have hoisted the most valuable trophy in Europe 14 times, more than any other club on the planet. They’ve won it four times since 1998, but have only one UCL trophy since 2002.

On the European stage, Madrid have been in somewhat of a slump. They won the tournament in 2014, but otherwise haven’t reached the final since 2002. Their biggest title drought is 32 years, when Madrid won the title in 1966 but didn’t raise the cup again until 2002.

Madrid have won the European Cup 10 times since the competition was created, but they’ve had success in other tournaments as well. They’ve won Europa League and UEFA Super League twice each, and were twice runners-up in the UEFA Winner’s Cup.

Domestically, Madrid has been a force for decades. Founded in 1902, Real Madrid have won the Spanish title a whopping 32 times. They’ve also won the Spanish Cup another 14 times. In their first year under Zinedine Zidane, Madrid are back in line for another Champions League title, and are one point off the race for yet another Spanish crown. 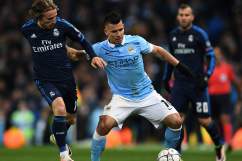