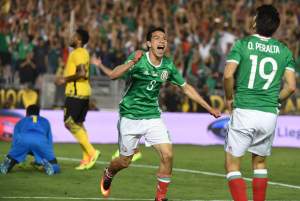 With the Mexico and Venezuela draw, Mexico has won Group C. Venezuela will advance to the quarterfinals as well as the group runner-up.

Both teams knew before the match they were advancing, but the match decided who would win the group.

The two teams squared off to begin the evening in a De facto group championship match. While the two teams finished with the same number of points, Mexico had the edge in goal differentials.

Here’s a look at the latest standings.