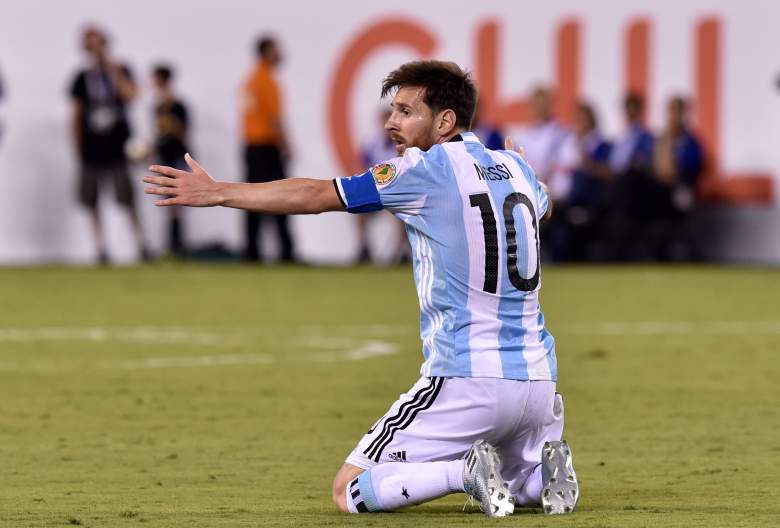 It was a heartbreaking ending for Messi in the Copa America Final. (Getty)

After a missed penalty kick that contributed to Argentina losing the Copa America Final, Leo Messi says he will not wear the Argentinian national jersey again. After the match, Messi told ESPN that fans have seen his last game for Argentina. He will continue playing for FC Barcelona.

I tried my hardest. It’s been four finals, and I was not able to win. I tried everything possible. It hurts me more than anyone, but it is evident that this is not for me. I want more than anyone to win a title with the national team, but unfortunately, it did not happen,” Messi told ESPN.

Despite being one of the best players in the world, Messi has been a polarizing figure among Argentina fans. He failed to win an international tournament for his country. His final match looks to be his most painful one after sailing a kick over the crossbar during penalty kicks against Chile in the Copa America Final. It was Argentina’s second straight loss in the final by PK’s against Chile.

There is the chance Messi was reacting emotionally after a heartbreaking moment. There is plenty of time between now and the 2018 World Cup in Russia for him to change his mind. ESPN reported Sergio Aguero, Javier Mascherano and Lucas Biglia are all likely to retire as well.

Messi’s legacy with Argentina will be debated. He has been criticized throughout his career for a number of things including his inability to win big matches for Argentina, his quiet demeanor and his decision to leave Argentina to play in Spain.

The challenge for Messi is the constant comparison to Argentina legend Maradona. Maradona had a much different personality than Messi and is viewed as one of the best soccer players in the country’s history.

In a letter he wrote in Sports Illustrated, Messi responded to the criticism.

Sometimes people have questioned my Argentine-ness, especially when the national team hasn’t done well, but I love my country deeply and would like to move back someday. Part of my family still lives there: my mom; my brother Matías; my sister; and Anto’s family. We’re constantly in contact with them,” Messi wrote in Sports Illustrated.