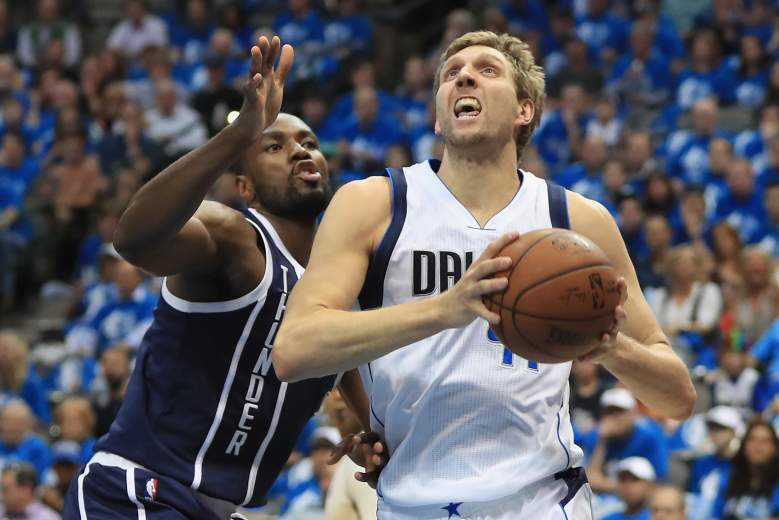 Dirk Nowitzki has spent his entire career with the Dallas Mavericks and won the 2010-2011 NBA Finals. (Getty)

After spending his entire career with the Dallas Mavericks, Dirk Nowitizki has opted out of his contract, ESPN reported. He will now become a free agent on July 1.

The top team interested in the 38-year-old power forward is the Golden State Warriors, the Mercury News reported. The Warriors are coming off a stunning defeat to the Cleveland Cavaliers in the Finals and are also after Kevin Durant.

There were signs that Nowitzki was looking to opt-out to sign a new two- or three-year deal. “It depends on how it goes, but that was probably the plan for now,” Nowitzki told the Star-Telegram earlier this month. Nowitzki signed a three-year, $25 million deal with the Mavs in 2014.

Nowitzki is a 13-time NBA All-Star and was named the 2007 NBA MVP in 2007. He also won the NBA Finals in 2011 with the Mavs and was Finals MVP. However, the Mavs haven’t won a playoff series since then.

The German-born player was initially drafted by the Milwaukee Bucks as the 9th overall pick in the 1998 draft, but was traded to the Macs for Robert Traylor.