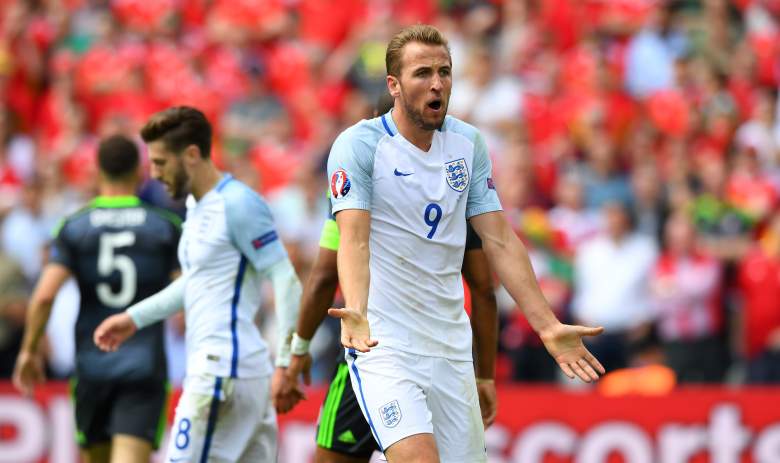 Who could England face in the Round of 16? (Getty)

Monday afternoon England play their final match in group play, as they take on Slovakia in Saint-Etienne at 3:00 p.m. Eastern on ESPN. Currently atop the Group B table with four points, Roy Hodgson’s team have a host of scenarios in front of them when it comes to advancing to the knockout stage.

What is certain at this point is that a win would guarantee them the top spot in Group B, and they can finish no lower than third in the group. Below are the full list of possibilities for England, which will include what may happen in the Wales vs. Russia match that will be played simultaneously.

The result of the Wales/Russia match won’t matter when it comes to England’s placement in the knockout stage under this scenario. They’ll win the group with seven points, and their Round of 16 match would be set for Saturday at the Parc des Princes in Paris at 12:00 p.m. Eastern.

What would be up in the air is who their opponent would be in that match. England would play the third place team out of either Group A (Albania), C (Germany, Poland or Northern Ireland) or D (Croatia, Czech Republic or Turkey; Turkey cannot pass Croatia). The top four third-place teams advance to the Round of 16, thus filling out the field for the knockout stages.

If England and Slovakia play to a draw:

England can still win the group under this scenario, provided Wales either draw or lose to Russia.

However a Wales victory would knock England down into second place in the group, meaning that they’d take on the runner-up in Group F next Monday at the Stade de Nice in Nice at 3:00 p.m. Eastern. Group F is still up in the air at this point, with Hungary leading on four points, Iceland and Portugal tied for second on two points and Austria in last with a single point.

If England lose to Slovakia:

They could finish either second on third in the group depending upon what happens under this scenario. England can finish second provided Wales settle for a draw Russia. As for a Russia win over Wales combined with an England defeat, the two teams would be even on points. And since they drew in their meeting, the goal difference, goals scored, disciplinary rankings and coefficient rankings tiebreakers would be used (in that order).

Finishing second would send England to Nice as mentioned above, while a third-place finish (there’s a slim chance of this happening) would mean waiting to see if they’re one of the top four third-place teams in the competition. Third place would mean either a match Saturday at 3:00 p.m. Eastern in Lens against the winner of Group D (Spain or Croatia) or Sunday at Noon Eastern against the winner of Group C (Germany, Poland or Northern Ireland).