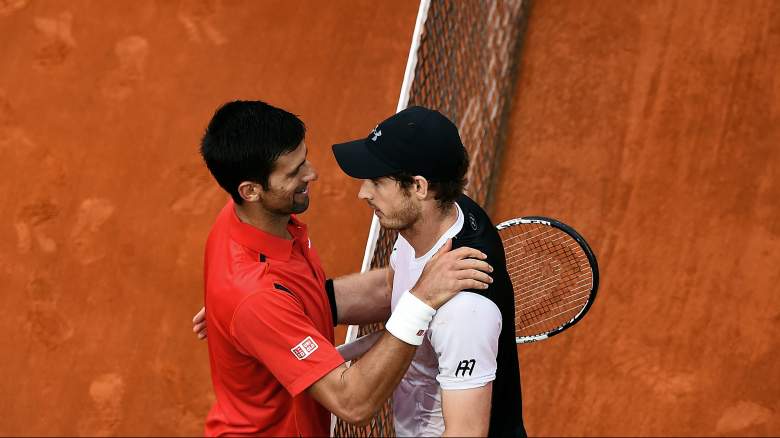 Another major final, another matchup between Novak Djokovic and Andy Murary. (Getty)

Despite all the rain and craziness at the French Open the last two weeks, we’re back to a very familiar site in the final:

The pair met in the two Masters 1000 finals leading up to Roland Garros, and after dominant wins over Dominic Thiem and Stan Wawrinka in the semifinals, they’re set to meet for the second time in a major final this year.

Djokovic and Murray have met 33 times, with Djoker holding the 23-10 advantage.

It’s a well established rivalry that goes back a decade, but it has picked up a decided amount of steam over the last year-and-a-half. Since the start of 2015, Djokovic and Murray have played each other 10 times. Two of those have been in major finals and five have been in Masters 1000 finals.

Djokovic owns the head-to-head in those last 10, as well, winning eight and dropping just nine sets over that stretch.

However, Murray did figure out the World No. 1 in their last meeting on clay, winning the Rome Masters final last month, 6-3, 6-3.

When these two met in the French Open semifinals last year, it was a five-set battle. And with the way each is playing right now, don’t be surprised if history repeats itself.