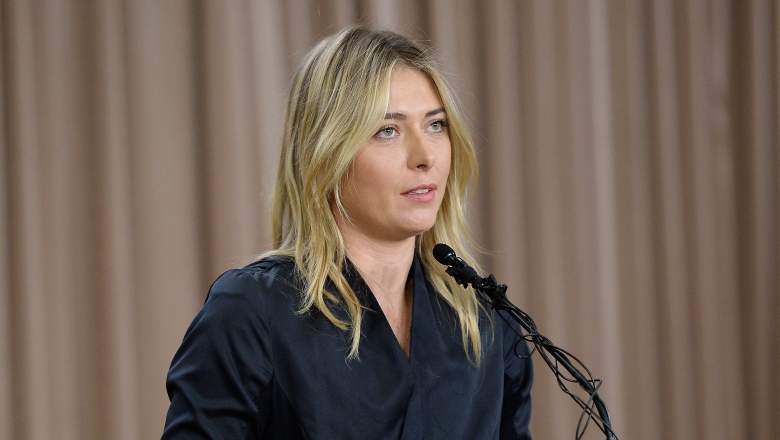 Maria Sharapova was banned two years by the ITF on Wednesday. (Getty)

Maria Sharapova was banned two years by the International Tennis Federation on Wednesday, a little over four months after testing positive for a banned substance during the Australian Open in January.

The ban will be backdated to the time of the failed test, so it will begin on January 26, 2016, and end two years from that point.

She’ll be almost 31 when the ban ends. Sharapova is a 5-time Grand Slam winner, with the most recent coming at the 2014 French Open.

The world’s former No. 1 is at 24 in the latest WTA rankings.

So the question begs? Is this ban reason enough for Sharapova to consider retirement?

While she hasn’t said yes or no to the retirement issue, Sharapova’s decision to appeal the decision tells us she’s not ready to hang up the racket.

Sharapova had this to say in a statement on the ban:

Today, with their decision of a two-year suspension, the ITF tribunal unanimously concluded that what I did was not intentional. The tribunal found that I did not seek treatment from my doctor for the purpose of obtaining a performance enhancing substance. The ITF spent tremendous amount of time and resources trying to prove I intentionally violated the anti-doping rules and the tribunal concluded I did not. You need to know that the ITF asked the tribunal to suspend me for four years — the required suspension for an intentional violation — and the tribunal rejected the ITF’s position. I cannot accept an unfairly harsh two-year suspension,” Sharapova said. “The tribunal, whose members were selected by the ITF, agreed that I did not do anything intentionally wrong, yet they seek to keep me from playing tennis for two years.

Sharapova said she has been using meldonium, which is used to treat blood supply issues, for over 10 years under a doctor’s supervision. She cited irregular electrocardiogram results and a history of heart issues and diabetes in her family as her reasons for the usage.

When Sharapova will file the appeal is not known at this time.