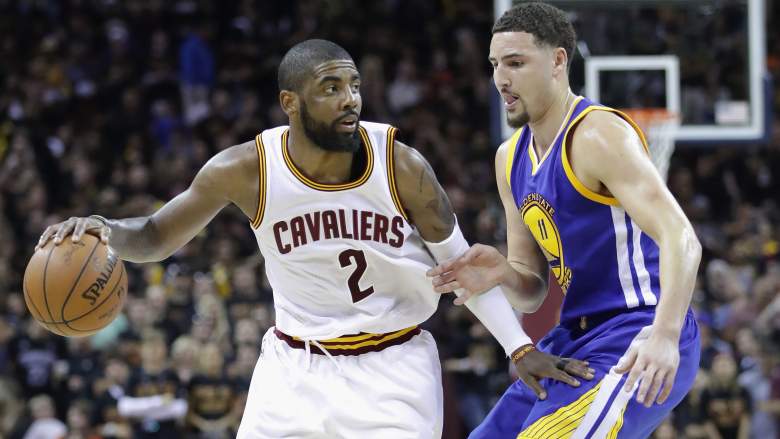 Only one game remains in the NBA season, as the Golden State Warriors and Cleveland Cavaliers are set to meet in Game 7 of the finals on Sunday night.

Can LeBron James and the Cavs bring Cleveland its first professional championship in 52 years? Or will Steph Curry and the Dubs validate their 73-win season?

This is a game that will rewrite the record books either way. Here’s a look at all the betting information you need to know, along with a Game 7 prediction:

Although the Warriors are favored by 4.5 points, many expect the Cavs to raise the Larry O’Brien Trophy on Sunday night.

They’ve won the last two in emphatic fashion. LeBron James is in unstoppable mode, playing with a deadly amalgam of aggression, intensity and force that simply steam-rolled Golden State in Games 5 and 6. Kyrie Irving and Tristan Thompson are playing some of their best basketball of the year. And the Warriors are beat up–Andrew Bogut is out, Andre Iguodala could barely walk on Thursday night and Steph Curry doesn’t look 100 percent.

But let’s not be so quick to write off the most successful team in NBA regular-season history.

While the Cavs defense deserves credit for holding Golden State to 43.8 percent from the field and 37.4 percent from deep, it’s not as though the Warriors haven’t been getting open shots. They just haven’t been knocking them down at their normal pace.

Take a look at their jump-shooting stats (shots of 10+ feet) in terms of how open they are (numbers in parenthesis denote how far away the closest defender is):

The takeaway there is that the Warriors still got 34 attempts at what are considered open looks (closest defender four feet or greater away) in the last two games, which is right on par with their average, but they just didn’t come close to knocking them down like they have all year.

Back at home with their season on the line, the Dubs will shoot the ball much better.

Slowing down James and Co. is another question completely, but in a game where both offensives are clicking, I’ll take Golden State’s firepower over Cleveland’s.

Prediction: Warriors 103, Cavaliers 99 (Warriors straight up, Cavs against the spread, Under 206)

Read More
Cleveland Cavaliers, Golden State Warriors, NBA
The Warriors and Cavs meet for Game 7 of the NBA Finals. Here's a complete look at the betting odds and a prediction for the winner-take-all game.