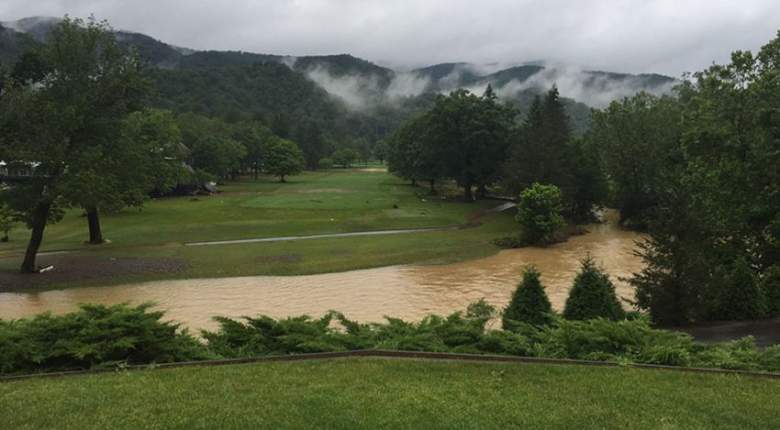 Torrential downpours that began Thursday caused major flooding in West Virginia, resulting in the deaths of 26 people and significant property damage. Friday it was reported that more than half of the 26 deaths occurred in Greenbrier County, which was hit especially hard by the torrential rains and resulting floods.

Significant damage was also done to the Greenbrier Resort, which was scheduled to host the PGA Tour Greenbrier Classic from July 7-10. Saturday afternoon PGA Tour Commissioner Tim Finchem announced that the tournament has been cancelled as a result of the damage done to The Old White TPC at the Greenbrier Resort. Here are five things you need to know about the cancellation and the brief history of the event.

1. As of Saturday, Thousands of West Virginians Were Still Without Power

Please keep everyone in your thoughts and prayers affected by these horrific flood waters. #StayStrongWV pic.twitter.com/NonBEyalG7

According to the Charleston Gazette-Mail, water levels in parts of Kanawha County have begun to recede thus allowing officials to check homes in the area for those who may need medical assistance and assess property damage as well. Three counties recorded record rainfalls, including Nicholas County which received 7.2 inches of rain.

West Virginia Governor Earl Ray Tomblin sent request to the Federal Emergency Management Agency (FEMA) for assistance for the Greenbrier, Kanawha and Nicholas counties, and more than 32,000 West Virginians were without power as of Saturday.

2. The Greenbrier Resort is Located in West Sulphur Springs

As noted above the Greenbrier Resort suffered significant flooding as a result of the torrential rains, leaving the course in a condition that would make it incredibly difficult to prepare for an event scheduled to begin in less than three weeks. Among those at the resort this weekend is pro golfer Bubba Watson, who was looking over the course in preparation for the Greenbrier Classic.

Watson sent out some photos of the flooding by way of his Twitter account, including a look at first tee completely submerged by flood water.

3. The Greenbrier Resort Has Been in Existence Since 1778

This is the 1st hole on the Snead course. The stories of families & homes are so sad. #PrayersForWestVirginia pic.twitter.com/93NyVOQEXl

The Resort has been around for two-plus centuries, and it had roles in both the Civil War and World War II. Both sides occupied the resort at times during the Civil War, and in World War II the United States used the Greenbrier for a variety of purposes including a hospital used to treat injured soldiers and assist in their rehabilitation. The late Sam Snead served as a golf pro at The Greenbrier in 1948, and in 1978 Jack Nicklaus redesigned the Greenbrier Course (one of two courses on the resort) in advance of the 1979 Ryder Cup.

4. The Greenbrier Classic was First Played in 2010 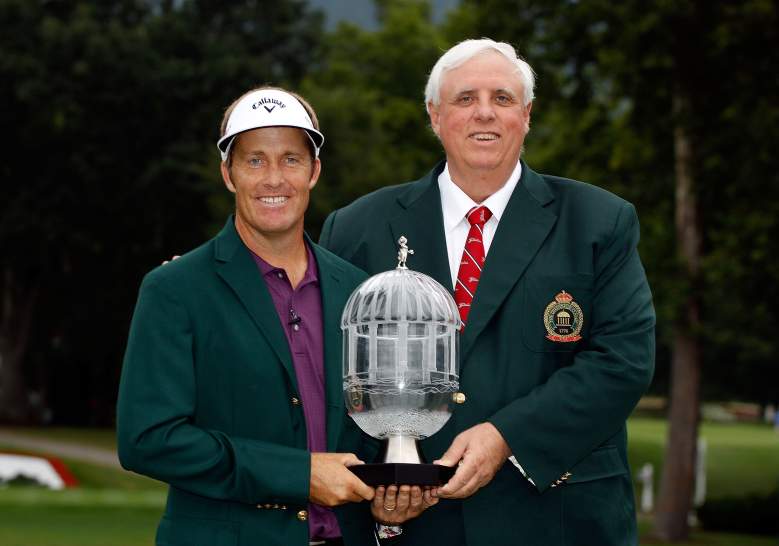 The Greenbrier Classic is a relatively new event on the PGA Tour, with it first being played in 2010. Stuart Appleby was the first winner of the Greenbrier Classic, as he shot a course-record 59 in the final round to win a prize check of $1.08 million. Appleby sealed the win with an 11-foot birdie putt on the 18th hole, giving him a one-shot victory over Jeff Overton. Appleby is one of just five players in the history of the PGA Tour to post a score of 59 in a round.

Originally singing a six-year deal, the Greenbrier Resort and PGA Tour agreed to a five-year extension in 2012 that means the event will remain on the PGA Tour schedule through 2021.

“This is a tremendous partnership and we’ve received unbelievable support from golf fans throughout the region,” Finchem said in Saturday’s release announcing the cancellation. “We know we will have the opportunity to return again next year and we look forward to that time. But for now, that is of secondary concern. The priority is safety of the residents and their recovery from this disaster.” 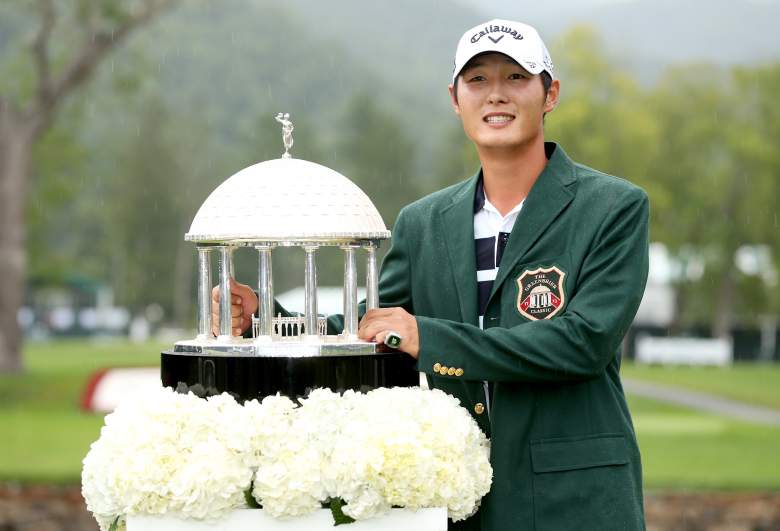 Three of the six Greenbrier Classics held have required a playoff to determine a champion, with the most recent coming in 2015. Danny Lee won a four-way playoff last year, beating David Hearn, Kevin Kisner and Rober Streb. Lee and Hearn registered birdies on the first playoff hole, eliminating Kisner and Streb, with Lee’s par on the second playoff hole beating out Hearn’s bogey.