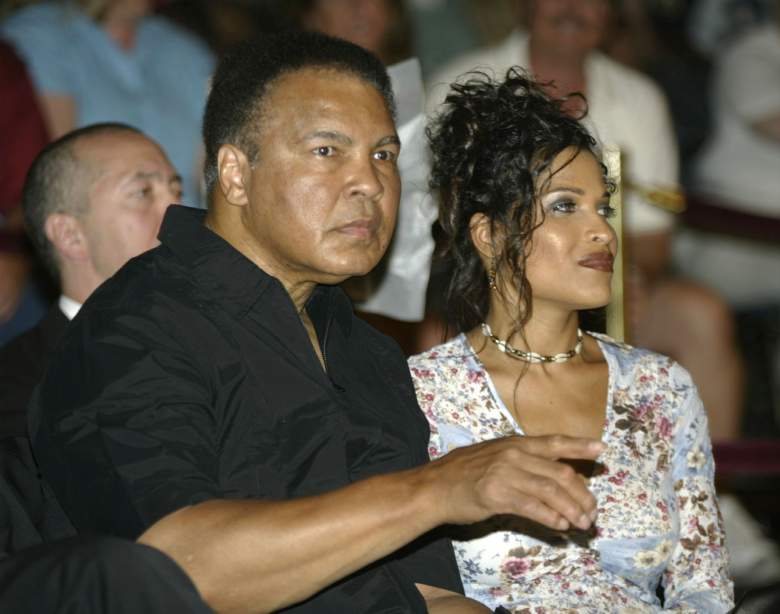 Muhammad Ali and his daughter, Rasheda, prepare to watch the fight between his daughter Laila Ali and Suzy Taylor at the Aladdin Casino in 2002. (Getty)

Rasheda Ali is a twin, born to Muhammad Ali and his second wife, then-named Belinda Boyd, in 1970. She and her twin sister, Jamillah, are still very close. Rasheda is now an accomplished woman, following in her father’s footsteps by living a life of excellence. (To learn more about all nine of Muhammad Ali’s children, please see our story here.)

1. Rasheda and Jamillah Were Born in 1970 to Muhammad Ali and Khalilah Ali 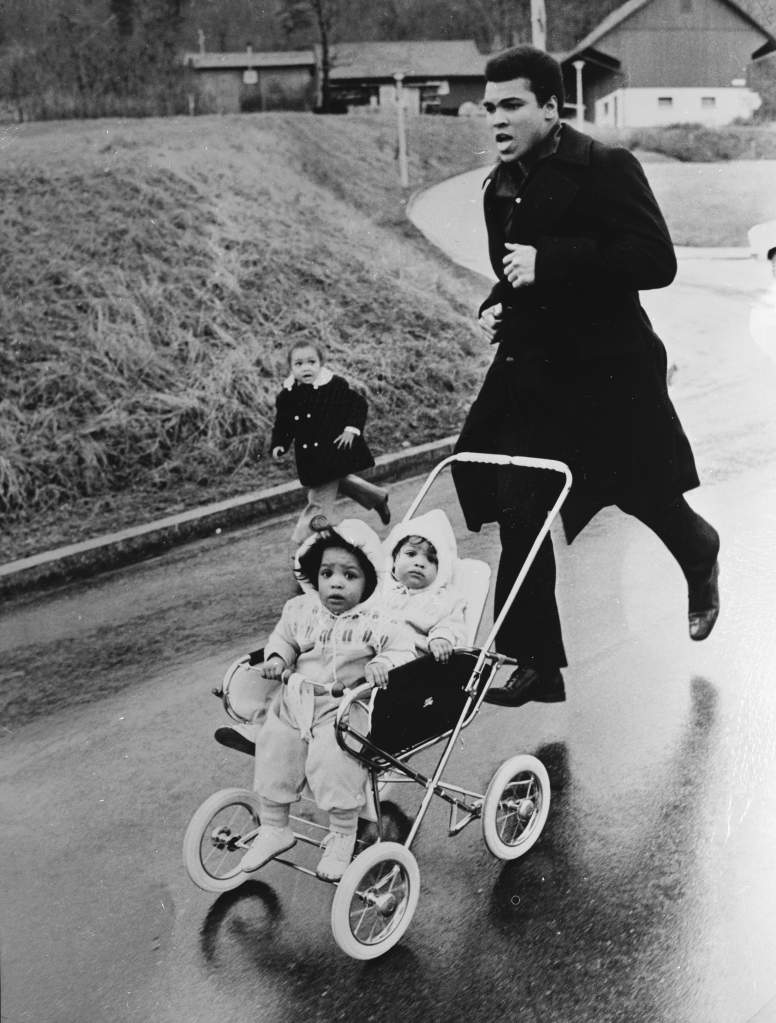 Muhammad Ali trains in Zurich for his fight against the West German Jurgen Blin, with his twin daughters Jamillah and Rasheda in 1971. (Getty)

Rasheda and Jamillah are twins, born to Muhammad and his second wife, Belinda Boyd, in 1970. (Belinda later changed her name to Khalilah Ali.)

2. Rasheda Is Proud of Her Dad and Shares His Quotes on Social Media

Rasheda Ali often posts positive, uplifting messages on her Facebook, such as a photo of her dad with one of his famous quotes: “Impossible is not a fact. It’s an opinion. Impossible is not a declaration. It’s a dare.” She admires her dad greatly and her entire career was inspired by his life.

When she was interviewed by the Chicago Tribune in 1992, she and her twin sister were majoring in mass communications and considering careers in advertising. She talked about how proud she was of her dad, especially of what he had done for humanity. He brought back hostages before the Gulf War, for example.

3. Rasheda Ali Is Married and Has Two Accomplished Sons

Rasheda has two sons, Nico Ali Walsh and Biaggio Ali Walsh. Biaggio plays football in high school, according to her Facebook. He’s a very talented young man who was even named MVP. According to her Twitter, he’s been offered 10 college football scholarships, including to San Diego State University.

Nico, meanwhile, has taken up boxing and is following in his grandfather’s footsteps, according to Tweets about his accomplishments:

Top: Muhammad Ali
Bottom: Muhammad Ali's grandson, Nico Ali-Walsh, a couple of weeks ago [from a video by @Seckbach] pic.twitter.com/67qCmg2mYH

Rasheda and her husband, Robert Walsh, are very proud of the young men.

Rasheda also loves animals. When her beloved dog passed away, she posted a heart-wrenching message on Twitter about how much she missed Molly. Any animal lover can relate to her feelings upon losing a beloved pet:

Here one day, gone the next…Life is precious!! RIP Molly, the Best dog EVER!!!! ?? pic.twitter.com/i6xYPg5EEu

Rasheda is an author, media spokesperson, speaker, and Parkinson’s advocate. She advocates stem cell research and travels the world to raise awareness and funds for research into neuro-cognitive disorders, according to her website.

5. She Wrote a Book About Helping Children Deal with Parkinson’s 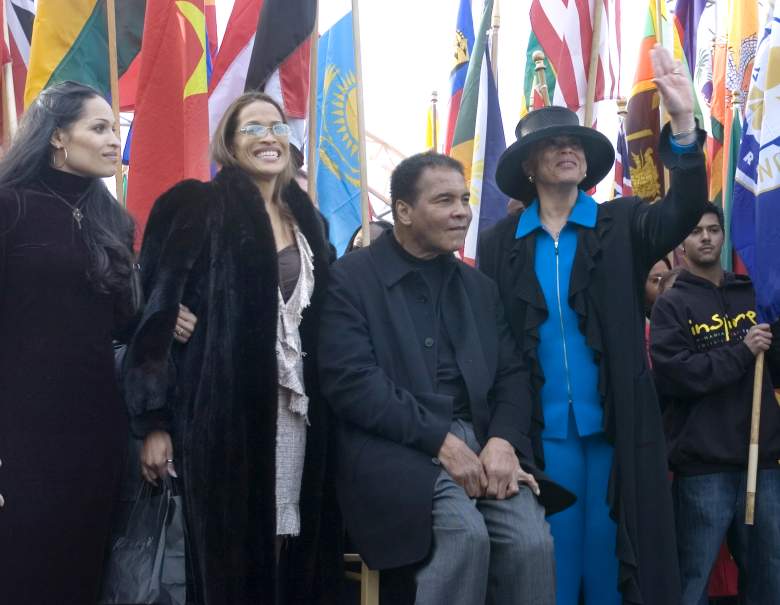 Muhammad Ali (C), his wife, Lonnie (R) and his daughters, Jamillah (L) and Rasheeda (2nd-L) attend the dedication of the Muhammad Ali Center in 2005. (Getty)

Rasheda is now an author and media spokesperson, according to her Twitter. She’s the president of RAW Dreams LLC. She’s also the author of “I’ll Hold Your Hand So You Won’t Fall: A Child’s Guide to Parkinson’s Disease.” The book was inspired by her father and is translated into four different languages.

After her father passed away, Rasheda posted this touching tribute to him on Twitter:

The Greatest Man that ever lived. Daddy my best friend & my Hero You R no longer suffering & now in a better place. pic.twitter.com/IASO4u3Ikn