A Golden State Warriors fan sent social media into a tizzy when she was captured looking suggestively at Steph Curry during his Game 2 win over Cleveland. That fan has outed herself on Instagram as model Roni Rose, 27. She’s a friend of Matt Barnes, or at least hung out it with him, and has been a ring girl for MMA promotion Conquer Fighting Championships. Rose said upon outing herself that she was, “giving the boys a little motivation, I guess.” It certainly seemed to work as the Warriors routed LeBron James and his boys 110-77.

1. She Calls Herself a Fan of Both the Warriors & the Lakers

In her caption on a screengrab of the Steph Curry moment, Rose wrote:

Sooo I was just drinking my drink and this happened. I’m just giving the boys a little motivation I guess. Go warriors lol.

Other photos on that page show her at Lakers games as well the Raiders and 49ers in the NFL. According to her Facebook page, Rose is a native of Modesto, California, but has lived in Hayward, close to the Bay Area in 2006. Photos on that page show her at earlier Warriors’ games during the Dubs’ 2016 playoff run. When asked about her favorite sports teams on her Ask.fm page in 2014, Rose replied, “Lakers/warriors and raiders.”

2. Rose Is as a Stripper at One of Larry Flynt’s Clubs

In addition to her stripping career, Rose has served as a ring girl for MMA promotion Conquer Fighting Championships. Though on her Ask.fm page, Rose was largely asked about her stripping career working for Larry Flynt’s Hustler clubs. She spoke about how she got into it saying, “Started go-go dancing then I was approached by someone that said you can make more money if or when my top comes off. They were right.”

On her Model Mayhem page, Rose says, “I don’t do nude or topless. I do my own hair and make-up and can provide clothing. I have a 2-hour minimum.” She told Kaboom magazine in 2015, “I feel sexiest when I’m on stage dancing or I front of a camera.”

3. She’s Married to Rapper Tone P & the Couple Have a Daughter

Rose pictured with her husband, Tone P, and their daughter. (Facebook)

On her Twitter page, Rose describes herself as a “mommy/dancer/model/hustler.” Rose said that having her baby was the best decision she ever made.

Her husband is rapper Tone P aka Antonio Neal. She said on Ask.fm that she met him in Las Vegas and that he is her number one fan. The couple met in 2009 and married in 2012.

Rose also said on her Ask.fm page that her name has been mentioned in rap songs. Tone P performs mainly in the Bay Area.

She told Kaboom Magazine about what she looks for in a man is, “Successful, straight teeth, smells good, in shape, knows how to spoil women, and know how to please in bed.” Rose also gave her celebrity crush as T.I. 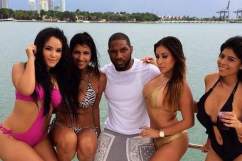 4. Despite Her Impressive Physique, Rose Maintains That She Doesn’t Go to the Gym

Rose stated on her Ask.fm page that she doesn’t go to the gym. She elaborated on this in a feature with Kaboom Magazine where she said, “Believe it or not besides dancing I do not work out.”

5. Steph Curry Is Famously Devoted to His Wife Ayesha Alexander

Stephen and Ayesha Curry Talk Parenthood and Their Adorable Pre-Game Ritual | ParentsNBA superstar Stephen Curry and wife Ayesha take you behind the scenes of their Parents magazine cover shoot. Find out the one thing that distracts Stephen on the basketball court, their adorable pre-game ritual, the candy they bonded over, and how they're handling daughter Riley's fame. WATCH THE ENTIRE PREGNANCY WEEK BY WEEK SERIES: youtube.com/playlist?list=PL_XXfDtFe5UXvUK8H9z-dCJJOxD-YsBFW…2016-04-29T18:29:43.000Z

NBA MVP Steph Curry is famously devoted to his wife, Ayesha Alexander. The couple were married in 2011 and have two kids, Riley and Ryan together. Steph and his wife were last seen in public together at the opening of her pop-up restaurant, International Smoke, in the Bay Area. Even Drake showed up at the event. 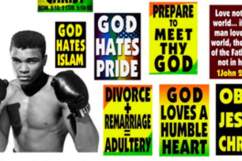