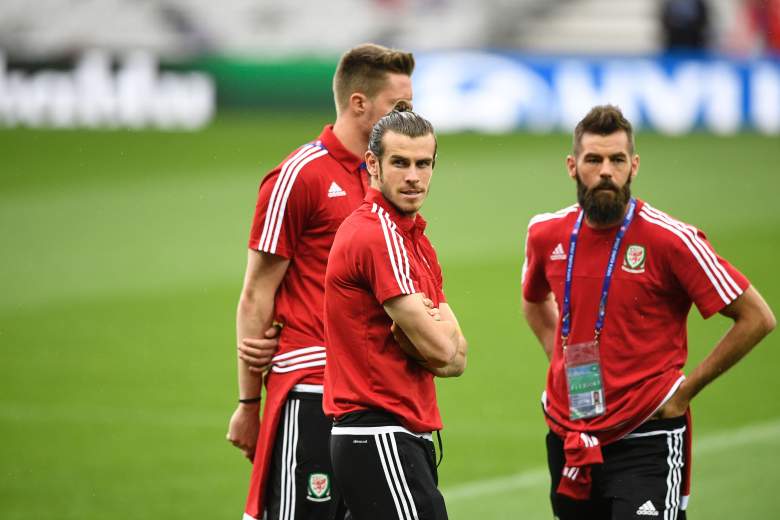 Playing in their first-ever European Championships, Wales currently have three points heading into their final Group B match against Russia Monday afternoon. The match will kick off at 3:00 p.m. Eastern on ESPN2 and will be played at the same time as the England vs. Slovakia match.

When it comes to the knockout stage of EURO 2016 there are a host of possibilities for Chris Coleman’s side, as depending upon results they could finish anywhere from first to fourth in the group. With that in mind here are the various scenarios for Wales when it comes to possible matchups in the Round of 16, based upon all possible outcomes in Monday’s group stage finales.

Wales would finish second in the group under this scenario on six points, which would mean a matchup with the runner-up in Group F next Monday at 3:00 p.m. Eastern in Nice. That group is still up in the air, with Hungary leading the way with four points, Iceland and Portugal tied in second with two points each and Austria bringing up the rear with a single point.

Under this scenario Wales would win Group B, even if Slovakia were to beat England based upon the head-to-head tiebreaker. That would mean a matchup Saturday afternoon at the Parc des Princes in Paris against the third-place team from either Group A (Albania), C (Germany, Poland or Northern Ireland) or D (Croatia, Czech Republic or Turkey; Turkey cannot pass Croatia). The four third-place teams that will advance into the knockout stage won’t be completely sorted out until the completion of group play Wednesday.

If Wales and Russia play to a draw:

If this result were combined with an England win over Slovakia, Wales would place second in the group thus resulting in the trip to Nice next Monday as mentioned above. Wales would also finish second in the table if England and Slovakia were to play to a draw under this scenario, as they’d own the head-to-head tiebreaker.

Where things would get tricky would be if a Wales draw were to be combined with an England loss. Wales would then fall into third per the head-to-head tiebreaker, leaving them to wait to find out if their four points would be enough to go through as one of the top four third-place teams in the competition.

If Wales were to lose to Russia:

Wales could finish either third or fourth under this scenario, depending upon the outcome of the England vs. Slovakia match. And England win would mean third place for Wales, and they’d hope that three points would be enough to go through as one of the top four third-place teams.

But an England draw or loss in this particular scenario would mean fourth place for Wales, and elimination from the competition.

Read More
2016 UEFA European Championship, Euro 2016
Depending upon today's result, Wales could finish anywhere from first to out of the competition.