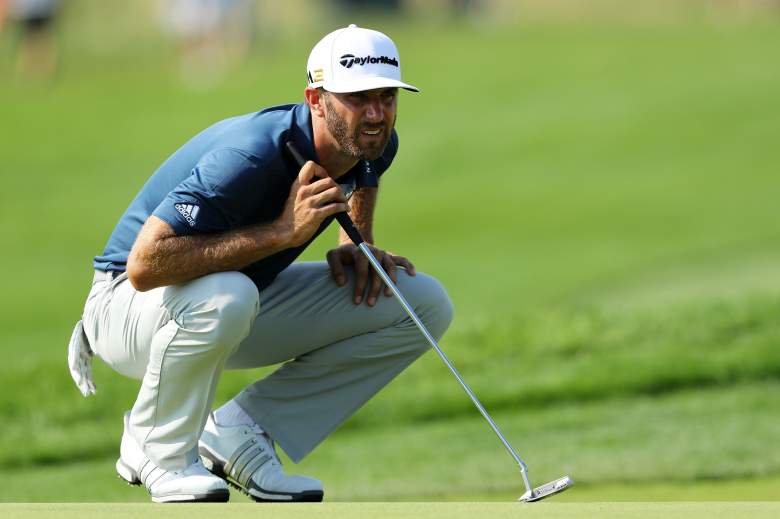 Dustin Johnson lost a stroke due to a USGA ruling (Getty)

As he looked to win the U.S. Open title at Oakmont, Dustin Johnson was embroiled in a controversy regarding his preparations for his par putt on the fifth hole. The question asked at the time was whether or not Johnson’s putter caused the ball to move, which would be considered a stroke if that were indeed the case.

Below is a video clip of Johnson’s preparations for the putt, with the ball appearing to move as he raised his putter over the ball.

Close up look at Dustin Johnson's golf ball moving, he may be penalized a stroke after the round https://t.co/MouadHgDpa

Johnson was informed of the USGA looking into the possibility of a one-stroke penalty after completing the 12th hole, with the managing director of the Open Championships Jeff Hall telling FOX Sports that they wanted to make sure Johnson knew of the possible penalty at that point as opposed to not finding out until the end of his round.

Will Dustin Johnson be assessed a 1-stroke penalty?

USGA's Jeff Hall tells us their view of the situation. #USOpenhttps://t.co/5QJGbb8JrW

Based upon Hall’s televised interview, it did sound as if the USGA was leaning towards penalizing Johnson, with the golfer being given the opportunity to hear for himself what they saw in the video. The USGA did penalize Johnson a stroke, but he still managed to win the U.S. Open by three strokes.