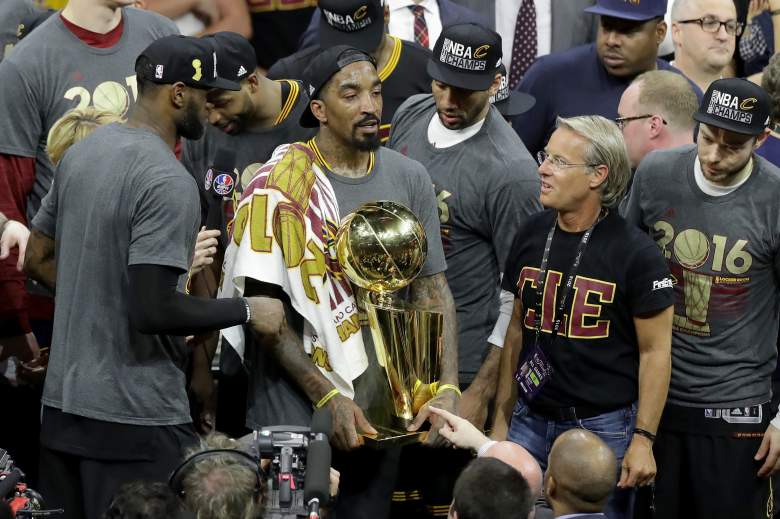 Since entering the NBA in 2004, J.R. Smith’s time in the NBA has been anything but smooth. For every positive there has tended to be a negative, with issues both on and off the court combining to turn a talented player who joined the league out of high school into one some franchises wouldn’t touch with a ten-foot pole.

Those mistakes, and the words that came from others as a result of them, added up and as a result many questioned whether he could help Cleveland after being traded (along with Iman Shumpert) there by the New York Knicks last season. Sunday night Smith and his teammates won the Cleveland Cavaliers’ first-ever NBA title, and he was one of many overcome with emotion by the moment.

The tears shed on the court didn’t compare to Smith’s emotions at his postgame press conference, where he paid tribute to his father (and family as a whole) before giving the man who served as his inspiration a tearful embrace at its’ conclusion. Some members of the media in the interview room even gave Smith a round of applause at the conclusion of the press conference.