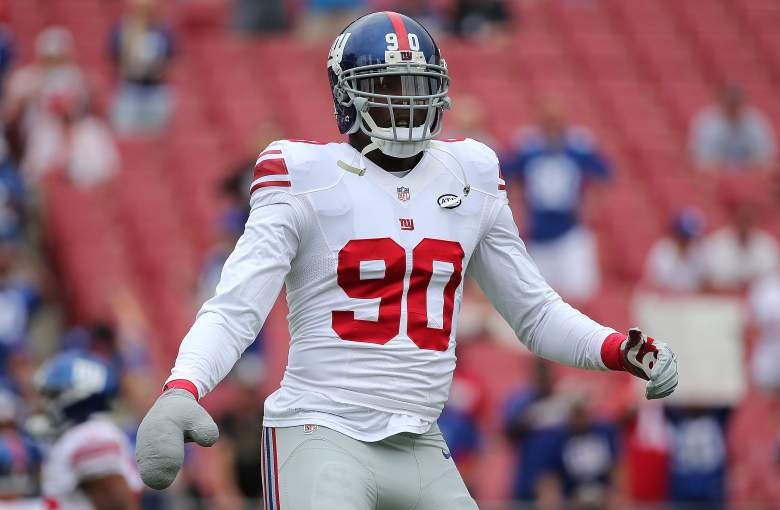 Jason Pierre-Paul now plays with a large mitt on his right hand to protect damages he suffered in a 2015 fireworks accident. (Getty)

Nearly a year after losing several fingers on his right hand, New York Giants defensive lineman Jason Pierre-Paul has released an emotional public service announcement about the dangers of fireworks.

The video shows scenes from the accident and Piere-Paul’s explanation of that fateful Fourth of July night. The video also shows still frames of Pierre-Paul’s injured hand and anxious family, waiting for the Giant’s star player in the hospital.

“On the way to the hospital, all I co do was think about my son and if I was going to make it.”

The PSA, in conjunction with the U.S. Consumer Product Safety Commission, ends with tips to stay safe around fireworks.

Fortunetly for Pierre-Paul, the injuries were not life threatening. He was able to rejoin the Giants for eight games in the 2015 season.