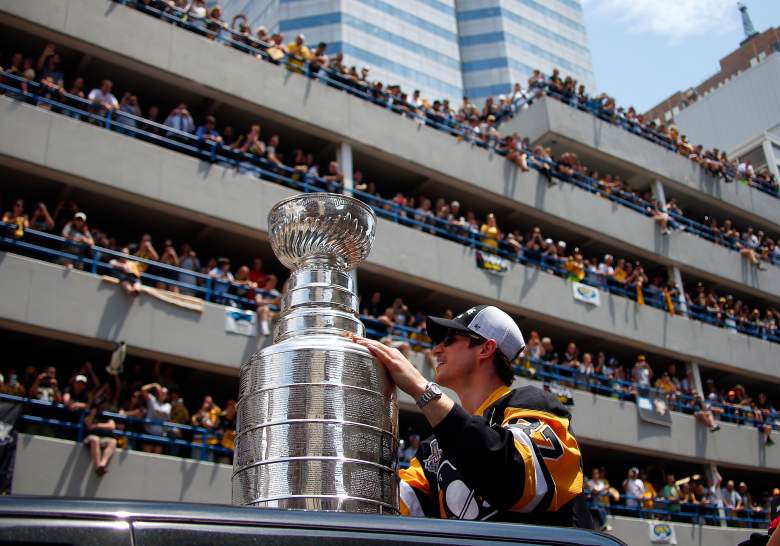 The Stanley Cup is back in Pittsburgh.

After winning the 2016 Stanley Cup, the Pittsburgh Penguins took a day to celebrate as they paraded through the streets of downtown Pittsburgh in front of thousands of fans. Captain Sidney Crosby and the rest of his teammates showed off their new hardware: the Stanley Cup, the Prince of Wales Trophy, and the Conn Smythe trophy.

However, the Cup isn’t the only new prized possession the Pens have. They also have a custom title belt Triple-H sent to the team in honor of the HBK line of Carl Hagelin, Bonino, and Phil Kessel, who contributed a combined 46 points and 20 goals in the 2016 playoffs.

Who says the Cup is the only new hardware? pic.twitter.com/tDYmxweLgw

The Penguins also brought in the “Hockey Night in Punjabi” announcers who became known for their lively calls during the Stanley Cup Final, including the “Bonino! Bonino! Bonino!” call after Nick Bonino’s game winning goal in Game 1.

And yes, Harnarayan Singh, the play-by-play broadcaster, even recreated the call at the parade.

Pittsburgh won their fourth Stanley Cup on Sunday night against the San Jose Sharks in a pivotal Game 6 in San Jose.

The Penguins have now won two titles in the Sidney Crosby era, the first back in 2009.