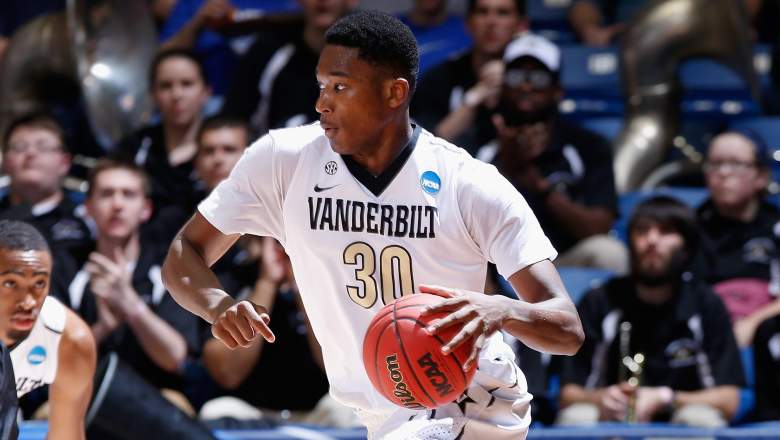 The Golden State Warriors are one of the deepest teams in the NBA and added another frontcourt player when they picked Damian Jones with the 30th overall pick in the 2016 NBA Draft Thursday night.

Jones is a 7-foot center out of Vanderbilt.

Here’s what you need to know about Jones:

The Western Conference champions had just the one pick in this year’s draft, but traded with the Milwaukee Bucks for Patrick McCaw, who was selected in the second round with the 38th overall selection. McCaw is a 6-foot-6 shooting guard out of UNLV. He averaged 14.7 points, 5.2 rebounds, 3.9 assists and 2.4 steals per game a season ago.

The team does have a few needs heading into next season. Center is one. The Warriors have Andrew Bogut, but he spends so much time in street clothes due to injury.

Their other bigs — Marreese Speights and Festus Ezeli — are free agents. Speights is an unrestricted free agent, while Ezeli is a restricted FA.

You can also argue the Warriors could use a scorer off the bench. The Big 3 — Stephen Curry, Klay Thompson and Draymond Green — combined to average more than half the team’s points on a given night.

Speights led the team in bench scoring at 7.1 points per game.

Read More
Basketball, Golden State Warriors, NBA, NBA Draft
Who did the Warriors pick in the NBA Draft? The Western Conference champs had one pick in the draft, No. 30 overall, which they used on center Damian Jones.