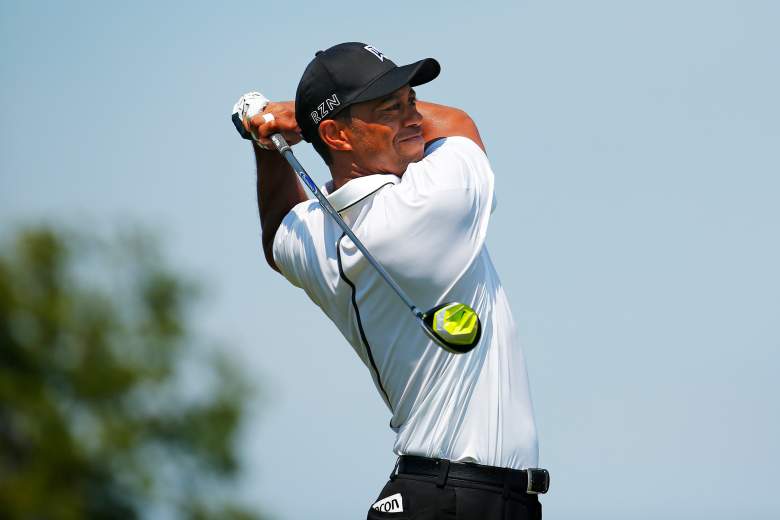 Tiger Woods plays his shot from the first tee during the second round of the 2015 PGA Championship at Whistling Straits. (Getty)

The PGA Championship, which tees off on July 28 at Baltusrol Golf Club in Springfield, N.J., will host a strong field of players– perhaps the most competitive of any major.

Reigning champion Jason Day – the top-ranked golfer in the world – will look to defend his 2015 title against Dustin Johnson, Jordan Spieth, Rory McIlroy, and Phil Mickelson.

A question surrounding the championship is if Tiger Woods will make a return. Woods hasn’t appeared in any of the majors this year after undergoing two microdisectomy procedures on his back in 2015, according to Golfweek. Woods hasn’t played in a PGA tournament since last August, when he finished tied for 10th at the Wyndham Championship.

As reported by T.J. Auclair of PGA.com, players in the PGA Championship have until the day before the tournament begins, July 27 to withdraw.

Although the preliminary list of attendees included his name, the 40-year-old golfer announced on Tuesday that he will be not be attending. He also withdrew from last weekend’s British Open.

For the first time in his career, Woods will miss all four majors.

Tiger Woods officially out of the PGA Championship. First year since 1994 that all four majors were Tiger-less.

According to a statement from the PGA:

We have been in contact with Tiger’s agent, Mark Steinberg, and he informed us today that our four-time PGA Champion will be unable to join us at Baltusrol Golf Club next week for the 98th PGA Championship.

As of July 4, the former No. 1 in the world had slipped to No. 605 in the Official World Golf Ranking, Golfweek reported.

The 14-time major winner has won the PGA Championship four times, and has won 79 PGA titles in his career.

According to Golf Channel’s Ryan Lavner, Steinberg said in an email that Woods is “continuing to make progress, but simply not ready for PGA.” He also stated that Woods “will continue to rehab and work hard to then assess when he starts play for the ’16/’17 season.”

Tiger's agent: Woods won't play this season. "Will continue to rehab & work hard to then assess when he starts play for the '16/17 season."

Read More
Golf, Sports
The PGA Championship, which tees off on July 28 at Baltusrol Golf Club in Springfield, N.J., will host a strong field of players, and perhaps an old familiar name.