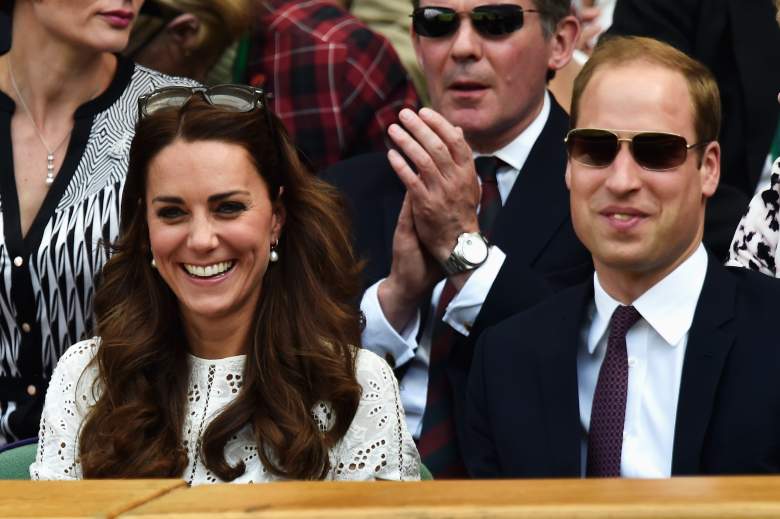 Wimbledon is the oldest tennis tournament in the world, with origins traced back to 1877. It is also widely considered the most prestigious– drawing high-profile spectators, including British royalty.

The royal connection to Wimbledon dates to 1910, when King George V became patron of the All England Club. The tradition will continue on Sunday as Prince William and the Dutchess of Cambridge are expected to watch the men’s final.

The Royal Family is seated in the Royal Box at the All England Club’s Centre Court, which has been used for the entertainment of friends and guests of Wimbledon since 1922.

Here are five fast facts to know about the British Royal Family’s appearances at Wimbledon:

1. The Royal Family & Their Guests Are Seated in The Royal Box 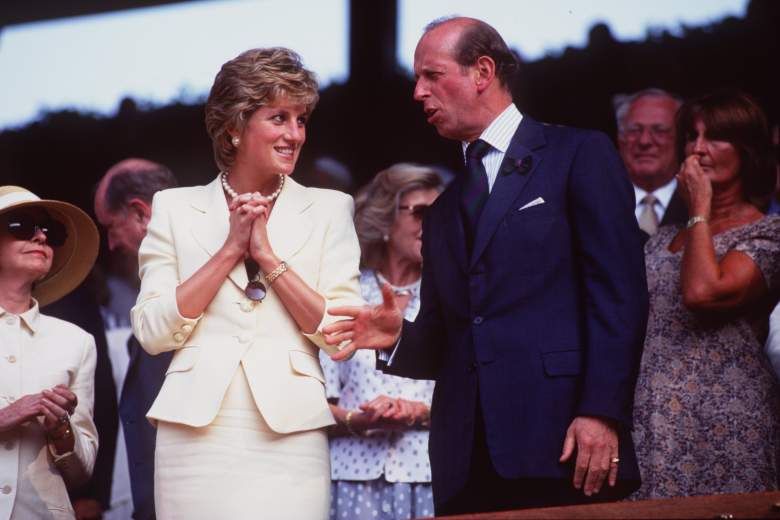 The late Princess Diana talks with the Prince of Kent after Pete Sampras wins the men’s final against Boris Becker in 1995. (Getty)

Wimbledon is the only Grand Slam to feature a Royal Box. The other majors have a President’s box, which is used for the president of the country’s tennis federation.

The Royal Box has 74 seats, they are dark green Lloyd Loom wicker chairs. Invitations come from the Chairman of the All England Club, Philip Brook “taking into account suggestions from members of The Championships’ Organizing Committee, The Lawn Tennis Association and other relevant sources,” according to the Wimbledon website.

If you happen to be among the elite few invited to the Royal Box, make sure to abide by the dress code: smart casual. That means a jacket and tie or dress. And ladies, leave the hats at home– they tend to obscure the vision of those seated behind you, and are considered a no-no in the box.

2. It Was Established Custom for Players to Bow to The Royal Box 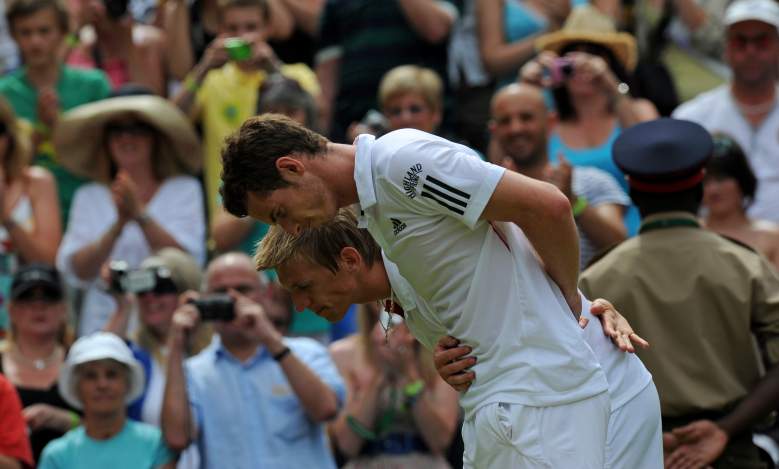 It was a long-standing tradition for players to bow or curtsy to members of the Royal Family seated in the Royal Box upon entering or leaving Centre Court. In 2003, however, the President of the All England Club, the Duke of Kent, who prefers to be known as “Prince Edward”, decided to discontinue the tradition.

“At the moment it is a voluntary practice, although the players are all very agreeable,” Time Phillips, the former chairman of the club said following the change.

“The Duke feels the time is right to stop, given that the tradition of bowing and curtseying is on the way out. We respect his view on that.”

Now, players are required to bow or curtsy only if the Prince of Wales, or the Queen is present.

In 2010, the custom was put into practice when Queen Elizabeth II made her fourth visit to the tournament and her first in 33 years. Andy Murray called the match a “once-in-a-lifetime opportunity” and graded his bows as “a bit awkward.” In total, he bowed three times.

On June 27, 2012, Roger Federer said in his post-match interview that he and his opponent had been asked to bow towards the Royal Box as Prince Charles and his wife were present, saying that it was no problem for him.

“We were briefed beforehand to behave and were asked to bow, which was no problem,” the British tennis star told reporters. 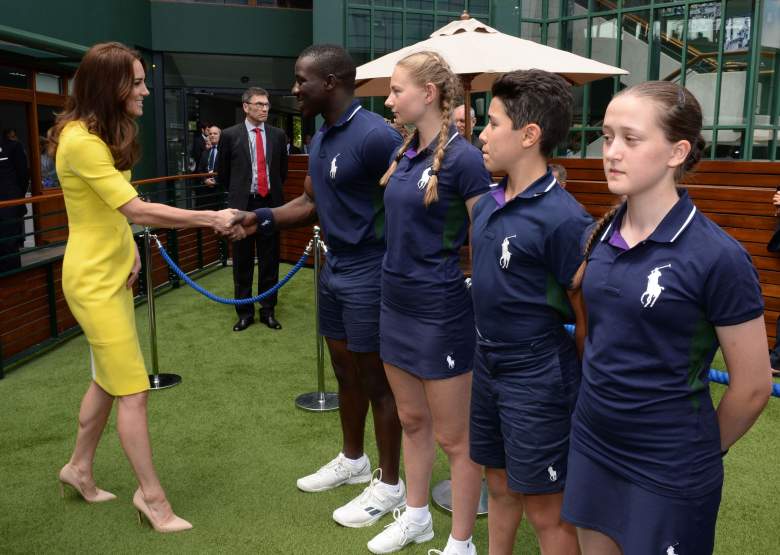 Duchess Kate meets ball boys and girls during a visit to Wimbledon on July 7, 2016. (Getty)

Although he’s only two-years old, it seems that Prince George has developed a love for tennis.

During a tour of the All England Club during the ladies’ semi-finals, the Duchess told former British number one Greg Rusedski that George has already taken an interest in the game, according to the Daily Mail.

Rusedski, who is competing in the men’s invitational doubles event, said after speaking with the Duchess: “She talked about George, her little boy, playing tennis.”

“He’s got a racket and he enjoys playing tennis, and obviously she plays with William, so they obviously enjoy the sport very much.” 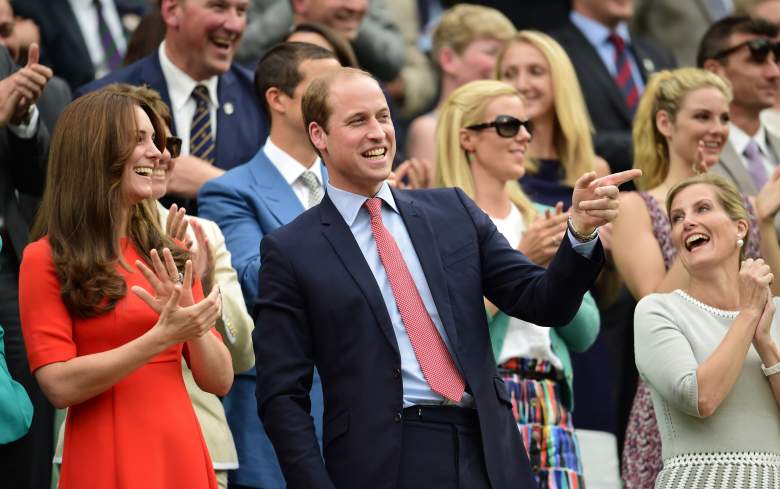 Prince William, Duke of Cambridge (C) gestures next to his wife Catherine, Duchess of Cambridge (L) and Sophie, Countess of Wessex (R) as he watches a member of the crowd catch Andy Murray’s wristband from his seat in the royal box on centre court at the end of the men’s singles quarter-final match of the 2015 Wimbledon Championships. (Getty)

Prince William & Duchess Kate are known to be sports fans, and especially have a passion for tennis. Throughout the years, they’ve developed quite a reputation for being emotionally-involved spectators, too.

Kate revealed to Rudeski that she plays tennis with William – but he is “frustrating” to play against as he is left-handed.

The royal couple just built a brand new tennis court at Anmer Hall in Norfolk, according to E! News.

When Kate arrived at the All England Club on Thursday, she spoke with the ball boys and girls. She was also seen talking with Oracene Price, the mother of Venus and Serena Williams.

5. There Has Only Been One Royal Who Has Competed At Wimbledon 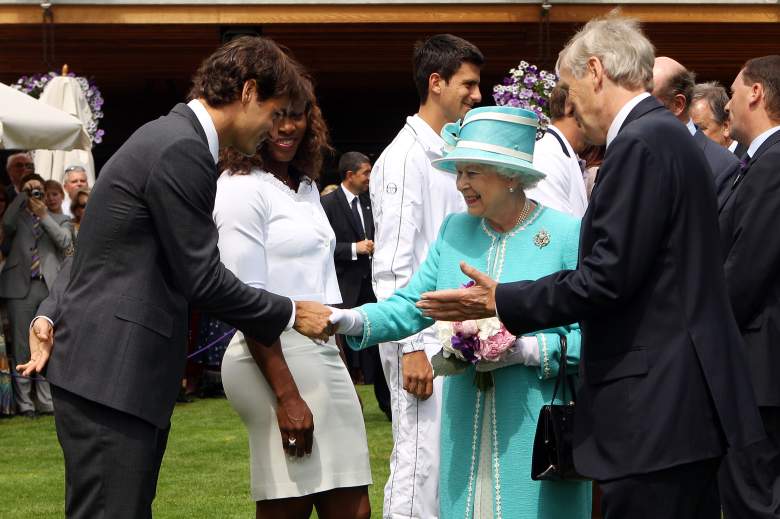 The only Royal to ever compete at Wimbledon was the Duke of York, Prince Albert in 1926, who later became King George VI and was the father of the current reigning monarch, Queen Elizabeth. He entered the doubles event with his Royal Air Force tennis partner, Wing Commander Louis Grieg.

The present Queen made her first visit to Wimbledon in 1957, and is known to not be a major tennis fan.