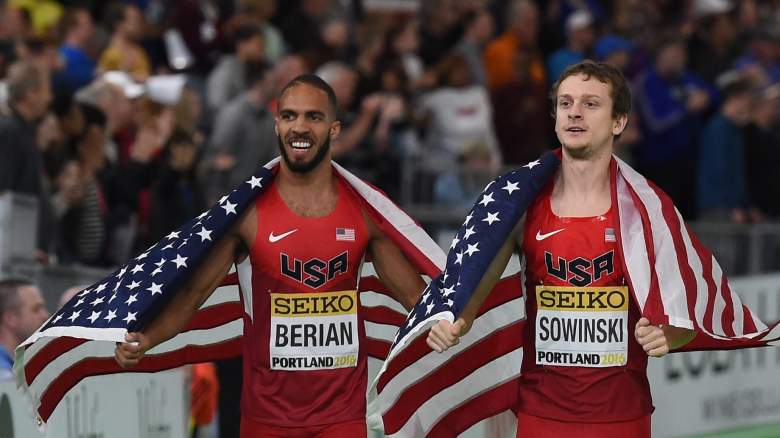 Here’s a look at the results and Rio qualifiers:

Seven finalists cleared the 5.60-meter (18’4 1/2″) mark, but the next height (5.65 meters) quickly separated the field, as Logan Cunningham, Mark Hollis, Dylan Bell and Jacob Blankenship all missed on each of their three attempts.

However, that didn’t mark the end for Cunningham. Sam Kendricks and Cale Simmons were the only ones to clear 5.65 meters (18’6 1/2″), while Tray Oates passed on that height and missed at 5.70, opening the door for Cunningham.

After clearing 5.92 meters in Beijing in May, Kendricks now owns the second- and third-best marks in the world this year and will enter Rio as the United States’ best chance at winning the first Olympic pole vault medal since 2004.

That said, javelin has never been one of the United States’ strong sports. They haven’t won an Olympic medal in the event since 1972, and Hostetler’s meet-record-breaking throw was just the 25th best in the world this year.

Nevertheless, becoming an Olympian is still undoubtedly special, and Hostetler will be joined by Sam Crouser and Sean Furey, who finished fourth and 11th but are the only other two with the 83.0-meter qualifying standard.

Kate Grace had just the sixth-best time during semifinals but saved her best for the right moment, as she turned in a PR of 1:59.10 to take home the women’s half-mile race.

Here are the complete results:

YOU'RE GOING TO RIO! #TrackTown16 https://t.co/9l1QPFGBxK

In similar fashion to the women’s winner, Clayton Murphy had the sixth-best time in the semis only to set a PR (1:44.76) en route to clinching a spot in Rio.

In '14, Clayton Murphy was running 800 times that would put him in the top 5 at most HS state meets. '16 Olympian pic.twitter.com/JPrMG69EBR

The 21-year-old Murphy was followed by Boris Berian and Charles Jock. Here are the final times:

Read More
Rio Olympics 2016, Track & Field
The men's and women's 800m races headline the finals at the USA track & field Olympic trials on Monday. Follow along for all the results and Rio qualifiers.