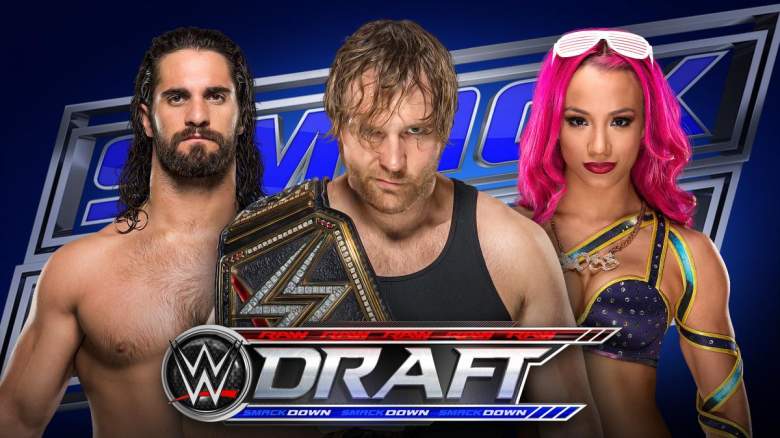 The WWE superstars will be split between ‘Raw’ and ‘SmackDown’ tonight on the WWE Draft. (WWE.com)

The WWE landscape is changing right before our eyes. Tonight on the USA Network, the WWE is holding its 2016 draft. All of the superstars we know and love are being split up between Raw and SmackDown, with both of those shows now having exclusive roster. There will no longer be any major crossover between the two.

The draft began airing at 8:00 p.m. Eastern on USA. Here is the brand new WWE roster, which will be continuously updated throughout July 19th’s event:

Leading into the draft show, the rumor was that Roman Reigns would become the new face of Monday Night Raw, while John Cena would become the new face of SmackDown. As you can see from the list, this turned out to be the case. Drafting Cena to SmackDown would make sense as a way to legitimate the program as an important part of the WWE universe. For years now, many have seen SmackDown as filler content, whereas all the important events happen on Raw. But John Cena is perhaps the most famous superstar in the WWE right now, and so having him represent SmackDown would certainly help turn that around.

There was also a rumor that The New Day might be split up in the draft, but thankfully that did not come about. Instead, the tag team that was split up was The Club, with A.J. Styles moving to SmackDown but Luke Gallows and Karl Anderson going to Raw. It looks like Styles will have to be beating up John Cena all by his lonesome from now on.

In related news, it’s rumored that both Raw and SmackDown will be given new theme songs and that the color of the ropes will change for each show, red for Raw and blue for SmackDown. More importantly, it is believed that there will be two championship belts after tonight, one for each of the two shows.