Aliya and her father:) #Aliya #Mustafina #her #father 'b_day pic.twitter.com/RRHrr4gMXO

Aliya’s road to Rio has not been an easy one; she recovered from a knee injury that threatened to sideline her promising trajectory.

However, in Rio, the intense and focused Russian represented the strongest threat the Americans, Simone Biles and Aly Raisman, faced in the all-around gymnastics competition. In the end, Mustafina earned the bronze medal, with Biles taking the gold and Raisman the silver. Mustafina also won the all-around bronze in 2012.

Mustafina is 21-years-old and stands 5 foot 3 inches tall, weighing 106 pounds. She is the captain of the Russian team.

Farhat Mustafin, Aliya’s father, won a bronze medal in the 1976 Montreal Olympics in Greco-Roman wrestling. He participated in the men’s 57kg competition.

In an interview, Aliya’s mother said she was also athletic growing up. “Besides dad always in sports…as a child I went to the sports section of athletics,” she said, explaining why her daughter ended up in gymnastics.

Aliya said, “I have no fear. My father [Farhat Mustafin, the bronze medalist in Greco-Roman wrestling at the 1976 Olympics] took me to my first gymnastics class. In his opinion children need to do sports, and he saw gymnastics as useful for my general development. He had no goals – just to let us practice.”

2. Aliya’s Mother Is a Physics Teacher 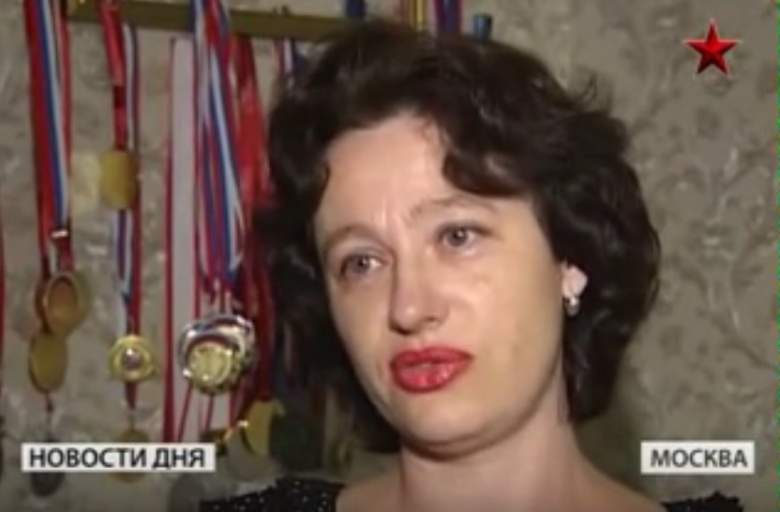 Yelena Mustafina, sometimes called Elena, teaches Physics. To Novaya Gazeta, Aliya said, in 2013, “We haven’t even studied physics in my grade, yet my mom is already reading me advanced books on the subject.”

Aliya told the Russian publication that she is also interested in physics.

“I’ve always liked exact sciences,” she said. “At school, physics and mathematics are my favorite subjects. They come easiest to me, probably because I’m most interested in them. Some people say physics in not interesting. But is it not interesting, for example, to understand how the laws of nature work?”

Aliya’s father says that, despite his own athletic background, he and his wife didn’t know how far their daughters would take the sport. Both daughters – Aliya and Nailya – are gymnasts.

Nailya was also a promising gymnast until she broke her femur and entered puberty, at which point she began struggling with routines and did not make the Russian national team.

“We actually didn’t expect anything, just some activity for the kids,” Farhat said, according to a translation that Russian gymnastics did of an interview with mk.ru.

“Let them train until they are 12, be healthy. Once school becomes more difficult, then they switch to studying. So it started. At the beginning me and my wife, we drove them to the gym. Then once Aliya was 9, they went by themselves.”

4. Aliya’s Father Says he Tries Not to Control Her Training

To mk.ru, Farhat said that, despite his own Olympic background, he leaves Aliya’s training to her coaches.

“I know by myself – parent should be outside of sports,” he said, according to Russian gymnastics. “You can’t introduce your parental feeling into training process. Who are parents? Even if they are champions? They know nothing about other’s sport. We can only discuss general things. All sports have same principle – struggle in a civilised form. You break the other guy or be broken.”

As a top Russian gymnast, Aliya has been photographed with Russian president Vladimir Putin.

“The only cult we have is family comes first. Nobody imposes nothing on anybody,” Farhat told mk.ru.

The family was middle class, and Aliya was born on 30 September 1994 in Yegoryevsk, Russia. Her father is an ethnic Tatar, says Women Fitness.

“We have a normal family and don’t worship sports,” Aliya said in an interview with Novaya Gazeta. “But it is understood that sport is important in life – my father was a 1976 Olympic Bronze Medalist in Greco-Roman wrestling – but he didn’t force his goals on me.”

She did say that her father encouraged her athletic succes, though, saying to her: “‘Come on Aliya, you need to train hard to become world champion.’ But I’m not sure whether he just said that or actually meant it. Mom and dad did not sit for hours in the gym, like many parents do when their children start gymnastics. My parents knew that in sport I could learn about all of life’s difficulties. They respect my decisions. Even if I wanted to be done with gymnastics, they know it would be useless to try and discourage me.”