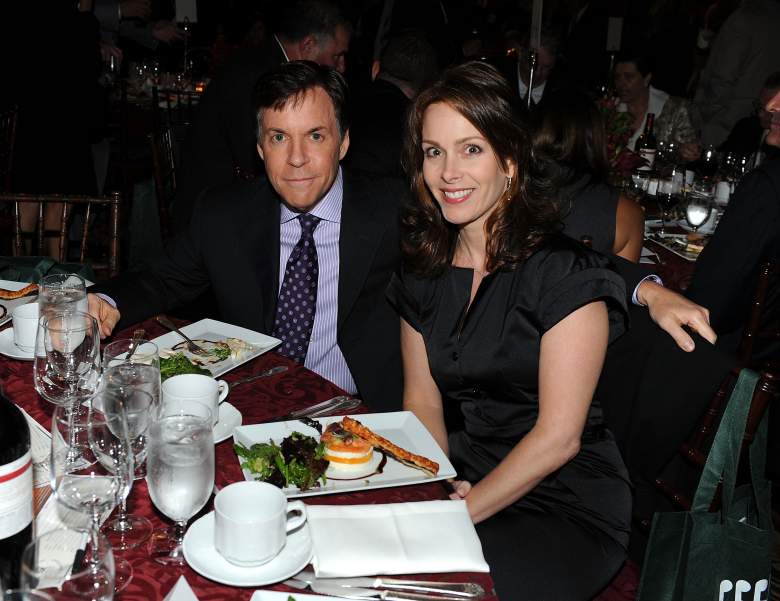 Bob Costas returns to another Olympic Games broadcast starting Friday night with the opening ceremony in Rio de Janeiro. It will be his 11th time as NBC’s prime-time host. The 64-year-old broadcaster hosted his first Olympic games back in 1988.

“I’m still standing — barely,” he told USA Today Sports. “It obviously encompasses a pretty good stretch of time. I guess if I was a baseball player — this never occurred to me until you just mentioned it — they’d say I was a four-decade man.”

Costas has become a fixture of the Olympics in recent history. The veteran sportscaster is also a husband, and father.

Here’s what you need to know about his wife Jill Sutton, and their life together: 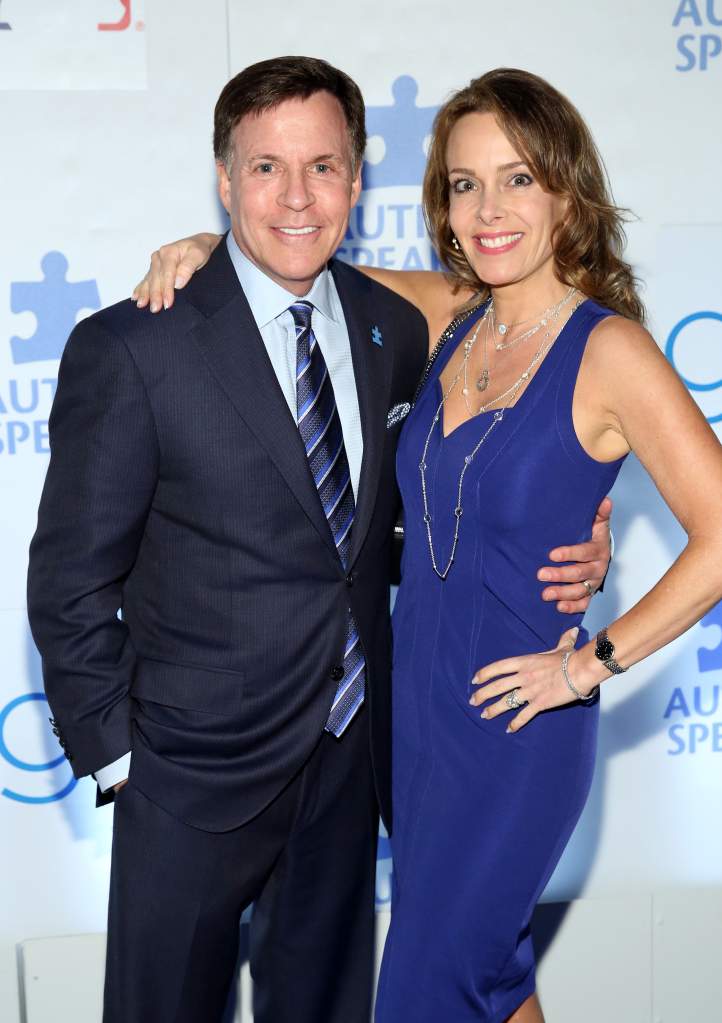 Bob Costas and Jill Sutton attend Lead Off For A Cure: Autism Speaks and Major League Baseball join forces at The Metropolitan Museum Of Art on May 9, 2016 in New York City. (Getty)

In 2013, it was reported by several publications that the two bought a 4,534-square-foot mansion in a gated community in Newport Coast for $4.7 million. Costas and Jill reside between their homes in St. Louis and New York. 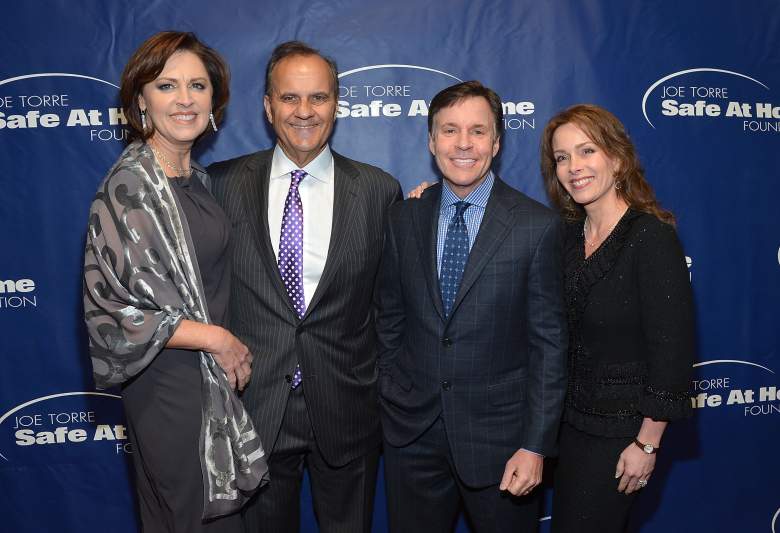 Costas was married from 1983 to 2001 to Carole “Randy” Randall Krummenacher.

His business manager, Pam Davis, confirmed the pair’s divorce after news broke in 2001. “The parting is amicable,” she told the New York Daily News. “They are devoted to their children, and Bob will continue to live in St. Louis to remain close to them.”

They have two children together. Their son Keith was born in 1986 and their daughter Taylor in 1989. Costas once jokingly promised Minnesota Twins center fielder Kirby Puckett that if he was batting over .350 by the time his child was born, he would name the baby Kirby. Kirby was hitting better than .350, however Bob’s son initially was not given the name of Kirby. After Puckett reminded Costas of the agreement, the birth certificate was changed to “Keith Michael Kirby Costas.”

3. Costas Has a Close Relationship With His In-Laws 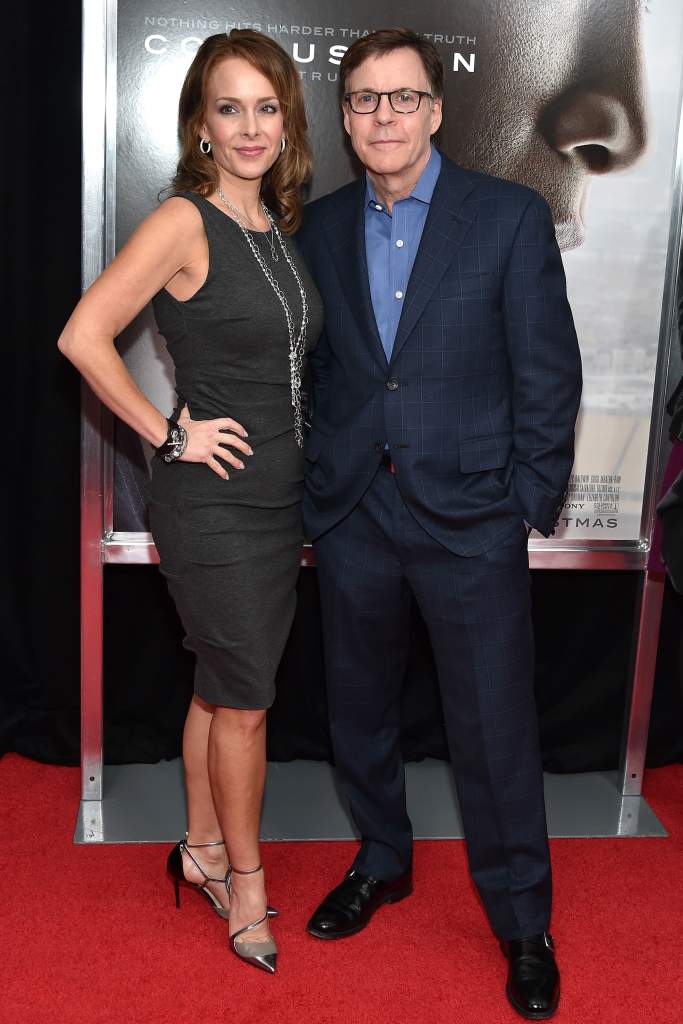 Costas has formed a close relationship with his in-laws, Don and Sue Sutton. Don is the father of Costas’ wife, Jill.

According to The Pantagraph, they grew very concerned when Costas was covering the 2014 Sochi Winter Olympics. A lingering issue during the games was Costas’ red eyes.

“I talked with Bob before he left and everything was well,” Don told the publication. “But as soon as Sue and I saw him on `Today’ the day the Olympics began, we knew something was wrong. I texted Jill. She said it was a ‘bacterial infection’ (later upgraded to a viral infection). NBC has doctors there, but it has to take its course. I said to Jill, ‘Why couldn’t he have an infected finger or toe?’”

Costas humorously referenced his infected eyes during the broadcast, but he ultimately had to cede his his nightly Olympics hosting duties to Matt Lauer.

“We feel for him because he’s such a perfectionist and that’s why he’s the best! But this he can’t hide and, typical Bob, he’s now making humor out of it,” Sutton told The Pantagraph.

4. Costas Has a Net Worth Estimated at $45 Million 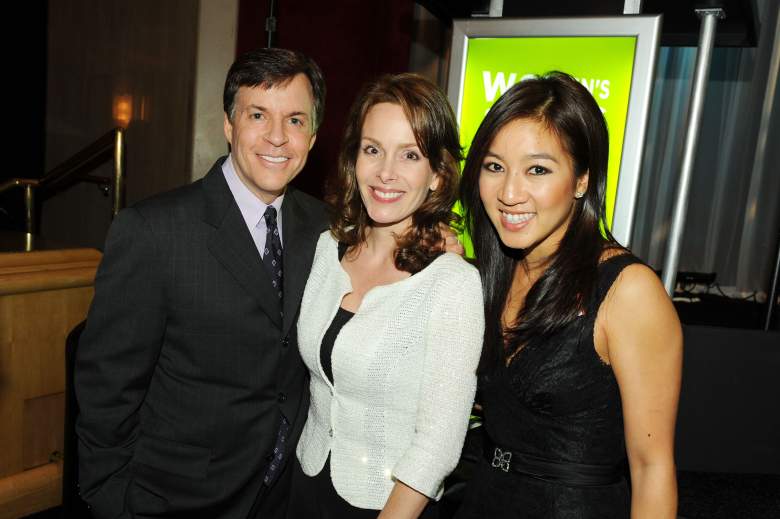 Bob Costas, Jill Costas and figure skater Michelle Kwan pose during the 30th Annual Salute To Women In Sports Awards at The Waldorf=Astoria on October 13, 2009 in New York City. (Getty)

Costas has a net worth estimated at $45 million dollars, according to Celebrity Net Worth.

Costas began working in sports reporting while still in college. He became a sportscaster for NBC Sports in 1980 and has been with them ever since. He has received nearly 20 Emmy Awards and four “National Sportscaster of the Year” awards.

5. Costas Has a Salary Estimated at $7 Million 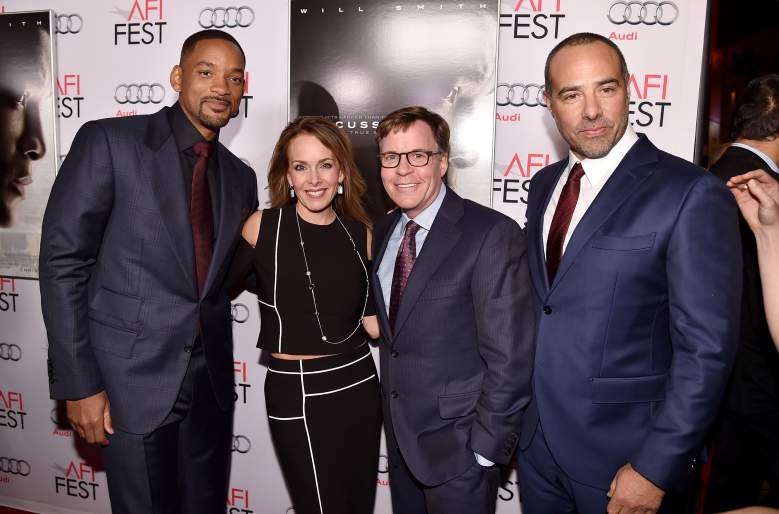 While no one could provide exact figures, Celebrity Net Worth estimated Costas’ salary with NBC at $7 million.

Four men are considered the highest-paid broadcasters in the U.S., according to Sports Business Daily. Bob Costas and Al Michaels at NBC, Joe Buck at Fox, and Jim Nantz at CBS. According to the article published in 2012, Costas, Michaels, Buck and Nantz each earns in the range of $5 million a year. The report states that of the four, Costas earns the most.